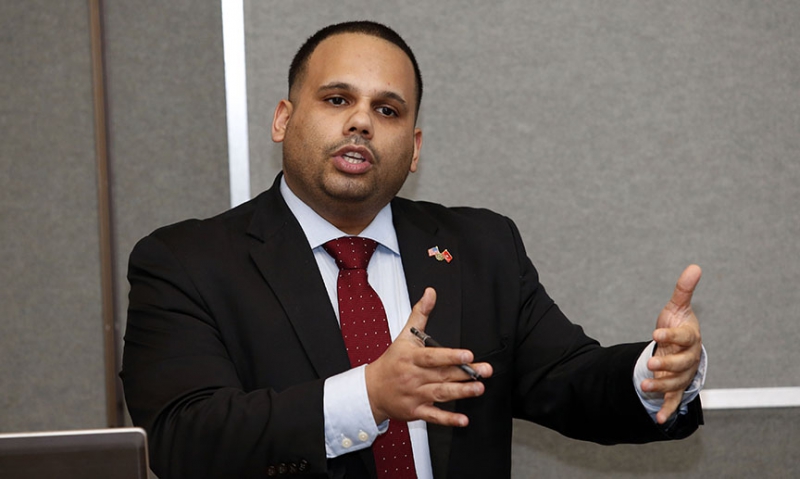 The military invests millions of dollars in training its servicemembers, providing a broad base of knowledge and experiences that can carry over to civilian occupations. However, the transition from military occupations to civilian jobs can present significant barriers for former military personnel, The American Legion said during a congressional hearing Sept. 10.

Written and oral statements conveying the Legion’s positions to the House Committee on Veterans’ Affairs Subcommittee on Economic Opportunity were presented by Steve Gonzalez, assistant director of the Legion’s Veterans Employment and Education Division. Focused around the licensing and credentialing of military members and veterans, the hearing explored the standards set in place to transfer military licenses and certifications to the same certifications held by their civilian counterparts.

In 1996, The American Legion launched its first ground-breaking credentialing study to report on the vocational skills that the armed forces provides training for that require a license or certificate to work in an equivalent field in the civilian economy. The results of the study found that the education, training and experience obtained during military service not only provide tangible benefits for the nation’s defense, but also contribute significantly to a highly skilled civilian workforce.

The American Legion’s Credentialing Summit, which took place in Washington, D.C., earlier this year, produced similar findings and also identified best practices for implementing state laws and lobbying for new ones. The teamsters, policymakers and other key stakeholders were part of the collaborative discussion.

“The process for a veteran to get licensed is not as easy as showing up in an office with a DD-214 proving relevant military training,” he said. “Conflicts between federal and state requirements for licenses and credentials complicate the issue, which remains far from resolved around the country.”

Federal law can only reach occupational licenses in certain regulated fields, such as aerospace, agriculture, maritime transportation and communications. The licensing of most professionals including nurses, paramedics, truck drivers and teachers belongs to state law. The licensing protocol is often left to a state’s individual agencies, which can be problematic."

Legionnaires at the state and post level have responded by lobbying their legislatures and general assemblies to pass new licensing and credentialing laws in their states. All 50 states have now passed some form of legislation in this area, thanks in part to strong Legion advocacy.

The American Legion strongly supports the recent credentialing initiatives that have been developed and implemented by a variety of local, state and federal government agencies, as well as industry stakeholders, Gonzalez said.

In the past several years, a variety of federal and state legislation, administration initiatives and new Department of Defense programs have been developed to reduce barriers to credentialing for servicemembers and veterans.

“We applaud these efforts but remain concerned about how to ensure the quality of the credentials that are paid for by the Department of Veterans Affairs,” noted Gonzalez.

In 2000, the payment of certification and licensure exam fees was approved for payment under the GI Bill’s education section. The VA was been charged with monitoring the quality of approved certifications and licenses.

As DoD responds to congressional requirements to pay for credentials for servicemembers, DoD is looking to the VA as a means of vetting credentials that meet quality standards.

The American Legion recommended that VA’s credential program approval process be reviewed by the Government Accountability Office to ensure that the approved credentials meet legislative and other standards for legitimate credentialing programs.

In addition, Gonzalez noted other recommendations to eliminate requirements that force Post-9/11 GI Bill recipients to use an entire month's worth of entitlement for a certification or licensing test fee – even when the fee amounts to far less than the full month's entitlement.

Ending on a high note, Gonzalez reinforced the Legion’s commitment to fixing the problematic issues plaguing the licensing and certification process.

“The American Legion appreciates the opportunity to address this topic, as well as identify ways to continue to break down barriers that will not only benefit those who have served, but for the betterment of our economy and workforce,” he said.