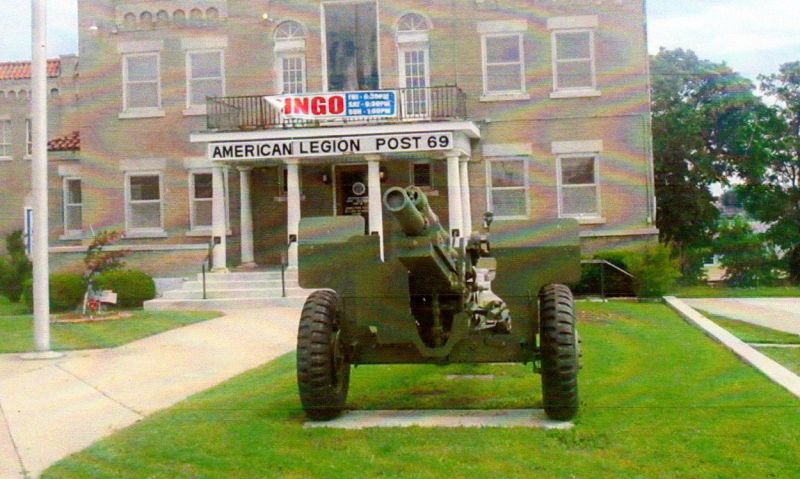 In November 2019, American Legion Goad-Ballinger Post 69 in Springfield, Mo., hosted a job fair in conjunction with the state’s Department of Higher Education and Workforce Development.

“We ended up with, I think it was 31 businesses and four veterans groups that ended up showing up. Our main hall, it was shoulder to shoulder, it was packed. It did very well,” said Post 69 Adjutant Steven Wilcox.

With the COVID-19 pandemic impacting employment and preventing large gatherings this year, Post 69 hosted a drive-thru job fair on Oct. 22.

“A major part of my role as Local Veterans Employment Representative for the Ozark Region is to connect employers with veterans who are in the job market, including Vietnam era veterans to those who may have just been released or retired from active duty,” Bonnette said. “Collaborating with The American Legion is a superb way to enrich and educate the local community on the many programs and scholarships supported by Legionnaires while also fulfilling the promise of The American Legion’s 1st pillar: Veterans Affairs and Rehabilitation, including vocational.”

“They decided to go ahead and try to do that here,” Wilcox said. “Anything that we can do. I like the job fairs because it’s really helping a lot of people, not only here but in different places.”

High wind warnings the day of the event forced the job fair to be smaller than initially planned, but Wilcox still considered it a success.

“I think we had 25 drive-ups, but for a three-hour period outside with high winds, I think it turned out pretty good,” he said.

Wilcox noted that the pandemic “has really forced everyone to rethink how they do things.”

“Outdoors (for a job fair) seems a little drastic or radical, but it worked, because people weren’t inside, they’re not close together, it gives everyone an adequate amount of protection,” he said.

Bonnette said it is “of vital importance that we continue to try and reach veterans, military spouses … and reservists who are in the job market in more creative ways.”

“It is also important to educate the employers on the available veteran hiring and training incentives such as the Show Me Hero program, the Hire Vets Medallion Program, and the Career Skills Program,” Bonnette added.

Wilcox said the job fairs have led to some good interactions with the community, with the 2019 event spurring the state’s Department of Mental Health to conduct suicide prevention classes at the post, not only for veterans but the community as well. And the post is working on plans for a blood donor drive in the next couple of months, Wilcox said.

“I enjoy what we do, we’ve got a great post down here. … the community seems to support veterans and all the venues that we open up too,” he said.