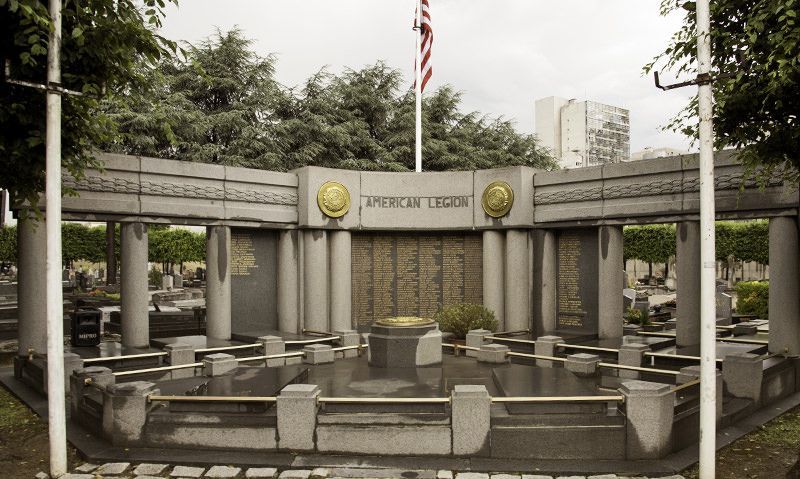 Fifteen years ago, when I joined The American Legion’s Paris Post 1, I had no idea of the programs and activities I would volunteer to support within my community of veterans and their family members.

As a civilian working at the U.S. Mission to NATO in Brussels, Belgium, I had a colleague and fellow veteran, Peter Power, who for five straight years invited me to American Legion meetings. In 2004, I finally agreed to participate in remembrance events at the Henri Chappelle and Ardennes American Cemeteries near Liege, Belgium.

The next day, we traveled to the Flanders Field American Cemetery for the Memorial Day ceremony where another Paris Post 1 member, Moses Harrell, introduced me to Maurice Sperandieu, who was attached to Charlie Company, 512th Military Police Battalion, of Gen. George Patton’s Third U.S. Army, from 1944 to 1945, when he was an 18-year old Belgian citizen. Maurice invited me to participate in another ceremony hosted by the city of Bastogne after Memorial Day weekend. His invitation was one I could not refuse.

By participating in these ceremonies 15 years ago, I met many World War II veterans who had traveled from the United States or lived full-time in Europe, having stayed married and stayed after the war. By being among them, I felt a duty to continue participating and helping however I could, as a member of American Legion Paris Post 1.

This year, we have the honor to commemorate the 100th anniversary of The American Legion’s founding at its birthplace, Paris, France, March 15-17, 2019.

The activities begin on Friday morning, March 15, when registered participants gather at the Place De La Defense and then walk to The American Legion Mausoleum located at the “New Cemetery of Neuilly.” The U.S. flag that flies over the mausoleum is visible from the corner of Grand Arche. Participants there can read the names of 289 Legionnaires (and some spouses) buried there and help place a wreath with a ribbon, “American Legion, 1919 – 2019.” Nearby, in the same cemetery, French World War I and World War II veterans are laid to rest, and the Legion group will pay respects to our fallen allies, as well.

A 57-passenger bus will next transport the group to the Place des Etats Unis (the United States place) which includes memorials to U.S. Gen. George Washington, Marquis de Lafayette of France and Americans who died fighting for France in World War I. Among the names listed on that monument is Past Paris Post 1 Commander George Aubrey, a World War I veteran who was killed by German soldiers while on patrol with the French Resistance on July 18, 1944. We will lay a wreath in his honor at the memorial.

The final March 15 event is a visit to the 1919 American Legion Paris Caucus site on Rue Ernest Psichiari. A plaque is attached to a wall along the narrow road identifying the location of the Legion’s first official gathering. The story of the Legion’s founding will be presented there, and photographs will be taken.

After the group photo, we will proceed by bus to the Surenses American Cemetery for a memorial ceremony. (During my first five years as Paris Post 1 commander, I also served as master of ceremonies at Surenses each Memorial Day, speaking in French and English.)

Participants will have the remaining of the afternoon to see Paris and then prepare for the American Legion Centennial Dinner at the Cercle National Des Armees (French Officers Club) at the Place Saint Augustin. A cocktail reception from 6 p.m. until 7 p.m. will be followed by a centennial dinner, with toasts of honor, speeches and fine dining among friends old and new. In one corner of the club, the MIA/POW table will occupy a sacred place of honor.

On Sunday, March 17, registered participants are invited to attend 11 a.m. services at the American Cathedral in Paris, located on the famous Avenue George V. The American Legion Pershing Hall is located nearby, on Rue Pierre Charron, but it is currently under renovation to convert the interior from the hotel to commercial offices. The exterior American Legion-engraved facade of the building remains unchanged because it is a registered historical site. The final activity on Sunday evening is the traditional re-lighting of the flame at the Arc de Triomphe.

Space is limited on the post shuttle bus, but those wishing to participate in the meal or other ceremonies in Paris are urged to contact me by email at CRLHL@hotmail.com.

While the 100th anniversary of The American Legion’s formation in Paris is monumental, members of Paris Post 1 are certain to return for the 101st and subsequent Legion birthdays, as they have through the last 10 decades, in honor of all Americans who have sacrificed for the liberation of others, some of whom I was humbled to meet and get to know 15 years ago, when I became a Legionnaire.

Carl W. Hale is commander of American Legion Paris Post 1 in the Department of France.