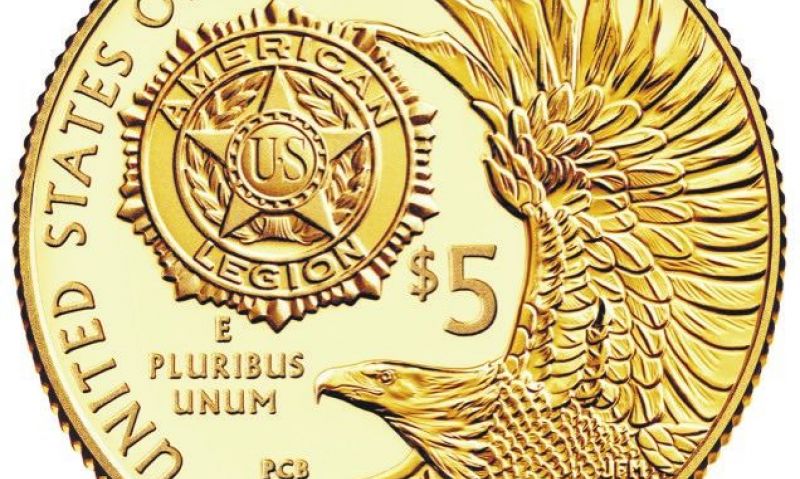 The American Legion 100th Anniversary Commemorative Coin Act set a record for coin bills in Congress, with 385 House members and 75 senators signing on as co-sponsors.

Commemorative coin bills require at least 67 senators, and at least 290 members of the House of Representatives, to co-sponsor before they can be considered before either chamber.

“When’s the last time you saw 67 senators agree on anything? Or 290 members of the House?” said Sen. Todd Young, R-Ind., speaking at American Legion National Headquarters on Oct. 10, 2017, four days after President Trump signed the bill. “That really tells you something about how highly regarded the Legion is on Capitol Hill.”

Congress authorizes the U.S. Mint to produce and sell only two commemorative coins per year. Surcharges received from the sale of the American Legion commemorative coins – silver dollar, gold and clad half-dollar – will benefit the organization’s programs, which support veterans, servicemembers and their families.

The American Legion commemorative coins go on sale at noon Eastern on March 14. To make a purchase or for more information, go to www.legion.org/coin.