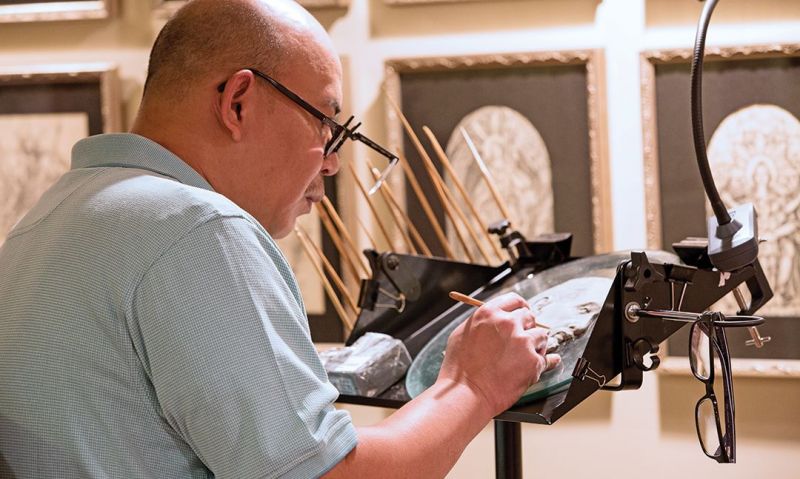 Before immigrating to the United States in 2001, Paul Balan worked as a painter and sculptor in his native Philippines. Now he is pushing his artistic talents in new directions, doing coin and medal designs for the U.S. Mint’s Artistic Infusion program. Two of which he’s particularly proud are his designs for the upcoming American Legion commemorative coins, which go on sale March 14.

“For me, what is appealing is that it’s not really a symmetrical balance, but it’s balanced in terms of visual impact,” Balan says. “The design is not overpowering the emblem. For the silver dollar, I wanted to put something on both sides to make it look heraldic. So I incorporated the oak, a symbol of strength and solidarity. I also incorporated the fleur-de-lis, because The American Legion was established in France. On the other coin, I used the eagle, which symbolizes honor, valor and bravery.

“This design is dedicated to those who fought for our freedom and security, and it is something I’m very proud of. I did it for our heroes and for those who sacrificed their lives. It is truly a tribute to them. The project was quite challenging, but the coin is one of my favorites I’ve designed.”

The American Legion commemorative coins go on sale at noon Eastern on March 14. To make a purchase or for more information, go to www.legion.org/coin.