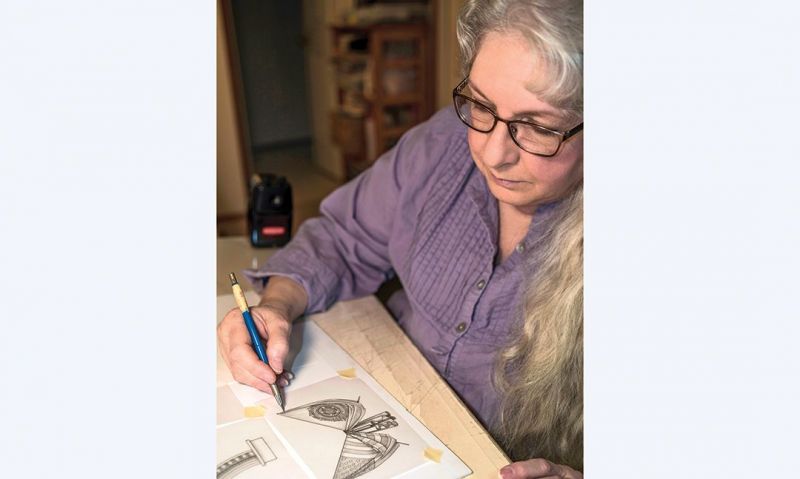 Patricia Lucas-Morris’ drawings are known for their incredible detail, from illustrations for children’s books to technical work for Boeing Co. For more than 40 years, she has produced artwork for collectors nationwide, mostly in graphite.

More recently, Lucas-Morris has contributed coin and medal designs for the U.S. Mint through its Artist Infusion program, including the reverse side of the American Legion commemorative silver half dollar, which goes on sale at noon Eastern on March 14.

“The most important part is the crossed flags, the U.S. flag and the American Legion flag,” Lucas-Morris says. “My original design had the arch, which is there now and is actually a detail from the Arc de Triomphe. I wanted something symbolic of France, and of course the next thing would be the fleur-de-lis, so that’s where I went with that. I did the reverse for the silver coin, and Paul Balan did the obverse. I think his design is absolutely gorgeous.”

Her father served in the Army during World War II as a paratrooper, and her mother in the Women’s Army Corps in Georgia, where she worked in a hospital. “My daughter recently married a retired Marine,” Lucas-Morris says. “I also have various uncles who were in the service.”