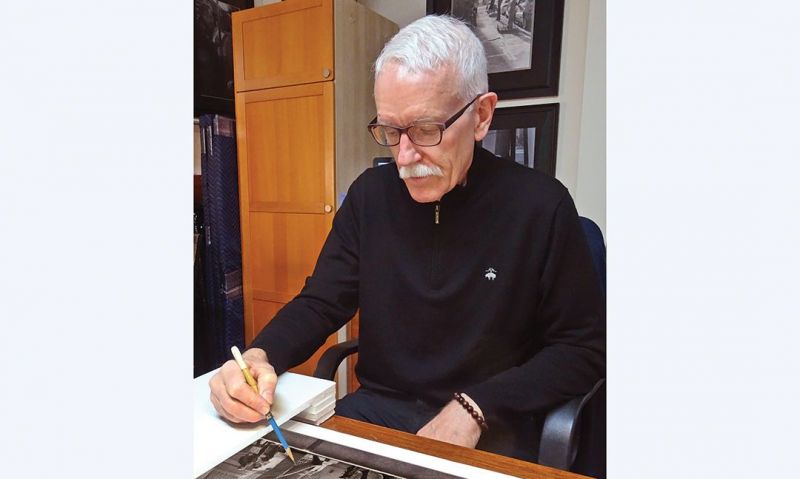 Richard Masters’ work for the U.S. Mint is a marriage of his interest in art and his boyhood hobby of coin collecting. A former professor of art at the University of Wisconsin Oshkosh, Masters has designed 21 coins and five medals, including the 2009 Bicentennial Lincoln Cent (Log Cabin), the 2011 Sacajawea gold dollar reverse and the 2017 America the Beautiful Effigy Mounds (Iowa) quarter reverse.

His latest is the American Legion 100th Anniversary Commemorative clad half dollar, which goes on sale at noon Eastern on March 14.

“I submitted designs for all three coins,” Masters says. “As it turned out, my two designs for the half dollar were selected, which were the boy and girl saying the Pledge of Allegiance as well as the U.S. flag. I really like that design. The American Legion had stressed the importance of having artists look at the organization’s Four Pillars. Two of the four, Americanism and Children & Youth, sort of fused together for me.

“I had this idea of children pledging allegiance; we did that growing up, and I remember quite vividly that one of our duties as older boys was to go out every morning and hoist the flag. That was a really memorable experience for me, and so the flag is seen from the children’s point of view on the ground.

“One of the finishing touches is that the little girl is wearing her father’s or grandfather’s old American Legion cap. It implies that even at a young age children can start learning about patriotism and having pride in their country. Those early impressions … stick with you for the rest of your life.”