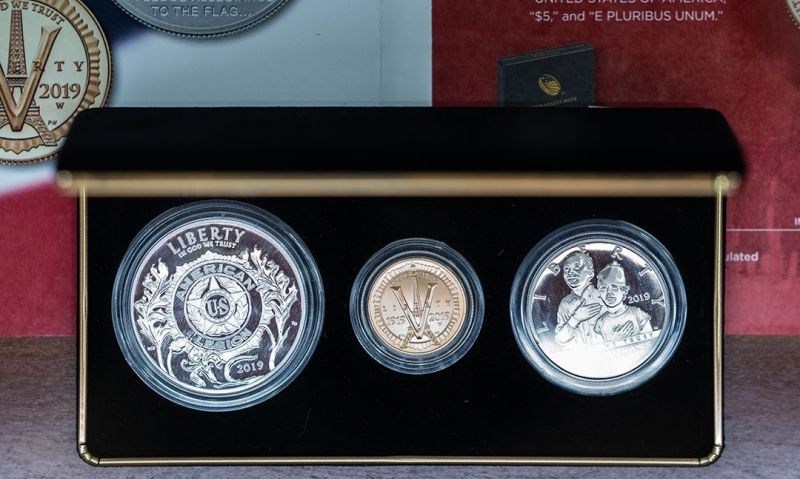 When The American Legion's 100th Anniversary Commemorative Coin series went on sale March 14 by the U.S. Mint, 7,500 of the three coin proof set were available. As of now, less than 300 sets remain.

“The Mint is proud to have been a part of the Legion’s commemorative coin program that celebrates such an important milestone. You can be sure that veterans were involved in every step of the way with the development of this important program,” said Ryder, who said that the U.S. Mint has nearly 1,700 employees and veterans make up 35 percent of that workforce.

After Dec. 31, the U.S. Mint will no longer sell the Legion's commemorative coin series.

To make a purchase or for more information about the centennial coins, go to www.legion.org/coin or call 800-872-6468.