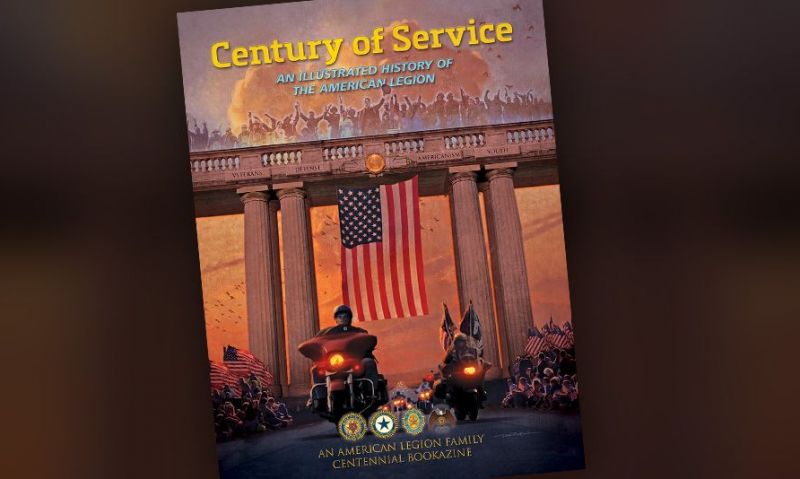 “Century of Service: An Illustrated History of The American Legion” is now available for $9.95 per copy, plus shipping and handling, through Emblem Sales. Dozens of never-before-published photographs take readers on a colorful 124-page journey filled with voices, images and reflections about what would become the nation’s largest and most influential veterans service organization.

The anchor feature is the story of newly chartered Shawna Morrison Collegiate Post 2019 on the campus of the University of Illinois Urbana-Champaign, named for a soldier who was killed in a 2004 ambush in Iraq, whose spirit inspires a new generation of student-veteran Legionnaires. Running parallel to Morrison’s story is an exploration of The American Legion’s founding values and figures, specifically the principle that a veteran is a veteran, regardless of rank at discharge, gender, race, education level or economic status.

Bridging sections on the pillar interests of The American Legion – care for veterans, Americanism, national security, youth and disaster relief, for instance – are sections that go into the origins of the Legion cap, the organization’s place in popular culture, places named for The American Legion and more.

The bookazine – in high-quality, heavy stock paper – is the second in an American Legion 100th Anniversary Observance Committee series. “Century of Service” and “Indivisible: The Story of Our Flag” may be purchased together at the discounted price of $15.90, plus shipping.