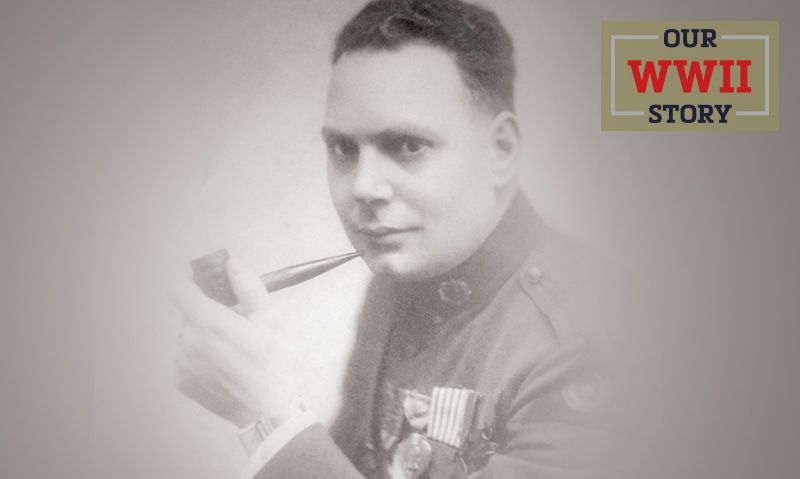 American Legion Past Department of France Commander George A. Aubrey and five others were on patrol after a secret meeting of the French Resistance on July 18, 1944, when they encountered a German unit in the commune of Bétête. They were quickly recognized, and gunfire erupted.

Wounded in the arm and shoulder, Aubrey attempted to escape and hid in a small ravine until he was discovered. He was able to hide sensitive planning documents before the Germans found him and shot him to death.

Aubrey had been one of about 500 Americans in Paris when the Germans seized the city in 1940. He fled south to Saint Amand-Montrond where he continued to secretly work in support of the Allies.

Born in Northampton, Mass., in 1893, he was a company commander in World War I, rising from Army captain to major. He was severely wounded in the Battle of Saint Mihiel in September 1918 and was subsequently discharged.

Soon after the armistice two months later, The American Legion was formed in Paris. Aubrey married a French woman, Alberte Viette, in 1919, the year the Legion was established, and they moved to the United States where the young combat veteran studied automotive engineering. In 1921, the Aubreys returned to Paris where he worked for General Motors France before going into business for himself. He joined and became active in American Legion Post 1 in Paris, serving as post representative to the Department Executive Committee, post chaplain, post commander and, in 1938, as department commander.

As the Nazi regime forced its way across western Europe, Aubrey called on Americans and The American Legion to organize a volunteer ambulance corps, as the United States had done during the previous world war. He also broadcast weekly radio messages back to the United States as the Germans closed in on France.

Following his exodus from Paris, Aubrey – using the code name “Lafayette” – organized marquis fighters of the resistance, provided intelligence to the Allies and assisted free French citizens in North Africa.

He was buried in a private vault until 1948 when he was moved to a cemetery in Creuzier-le-Vieux. He was posthumously awarded the French Croix de la Légion d’Honneur and was named an honorary citizen of Saint Amand-Montrond, where a street was named after him. French citizens and American veterans continue to gather every July at a memorial site to remember Aubrey’s sacrifice.

The American Legion provides media tools; a chronology of the organization’s role before, during and after World War II; video links; graphic elements and more to help local posts honor the 75th anniversary of war’s end. Click here to download the media kit.