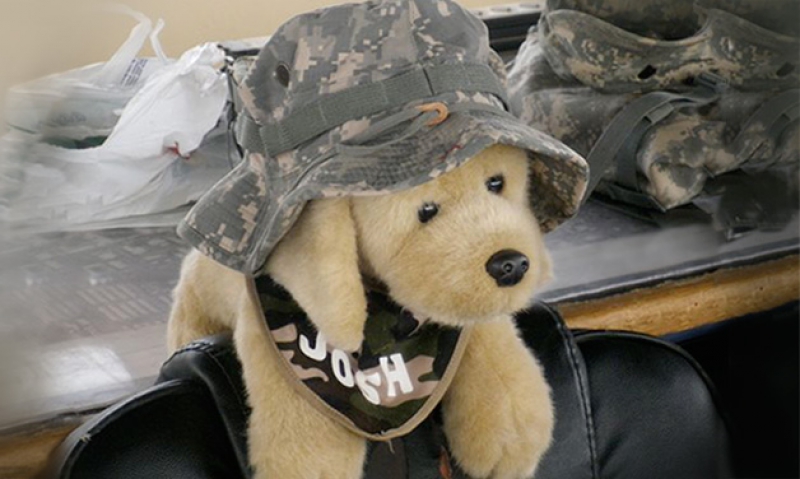 The department received a $49,500 CWF grant for the start-up cost of the G.I. Josh Dog program kit, which features a stuffed dog wearing a camouflage bandana and a book titled, “I’ll Be O.K.” The furry dog is meant for small children to talk to and cuddle with for comfort when a parent is deployed. The dog can also be a topic of conversation when the servicemember calls or writes home. For example, the servicemember can ask his or her child “How is Josh? Is he being good? Is he keeping you company?”

Currently, Josh Dogs can be purchased online at www.joshandfriends.com. But G.I. Josh Dogs, which will come with a camouflage bandana inside a box featuring The American Legion emblem, will soon be available for purchase exclusively through the Legion for $26 plus shipping and handling. In part, the arrangement was made possible by SAL members in Arizona who hatched the idea and have seen the program through to its completion.

Jeff Frain, Detachment of Arizona adjutant, came up with the G.I. Josh Dog concept about two years ago and since then, SAL members have raised enough funds to donate nearly 1,000 dogs to servicemembers during their deployment meetings.

“The positive response from both the troops and their families regarding the G.I. Josh Dog is overwhelming,” said Jeff Frain, member of Squadron 27 and NECman of Arizona. “They are grateful that we care enough about their children’s well-being.”