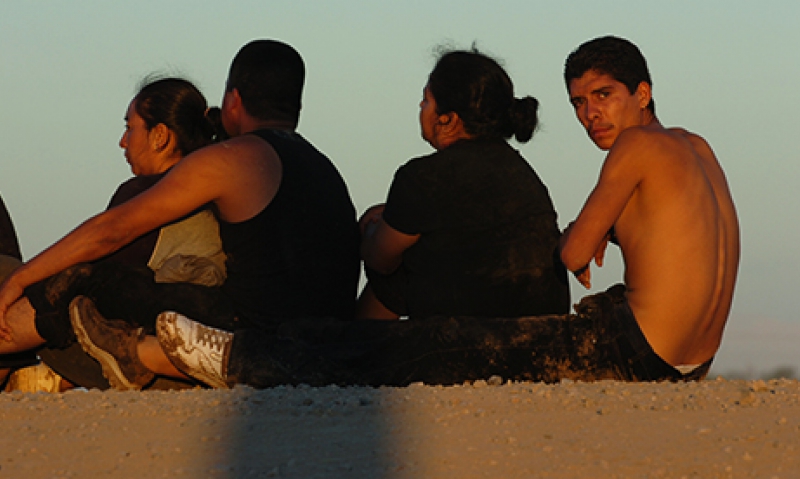 The American Legion adamantly opposes amnesty for illegal immigrants, and National Commander Jimmie L. Foster is deeply concerned about reports suggesting the Department of Homeland Security is considering a leniency policy that would forgive foreign law-breakers on a "case-by-case basis."

"Not only does this constitute an amnesty not authorized by the U.S. Congress, but it represents a horrible misuse of government assets," Foster said. "Reports suggest ‘prosecutorial discretion' for certain violators, meaning the law won't be applied evenly, if at all. That does neither the illegal immigrant nor our nation any good."

The American Legion has repeatedly spoken out against any amnesties for illegal aliens. Across the country, dozens of American Legion posts conduct citizenship and naturalization programs for legal immigrants. But for those who enter the nation illegally, tap into public services funded by U.S. taxpayers and provide under-the-table labor, the Legion opposes amnesty, no matter what it is called. "Legalization, regularization, guest-worker program, earned-status adjustment - these are all just euphemisms for amnesty," Foster said.A recent New York Times article stated that "Cecilia Muñoz, a White House official who helped develop the new policy, said officials would suspend deportation proceedings in low-priority cases that, for example, involve ‘military veterans and the spouses of active-duty military personnel.'"

Anyone who joins the U.S. Armed Forces must already be in the United States legally. Section 328 of the Immigration and Naturalization Act specifically allows for naturalization of all foreign-born active-duty personnel, and those who are honorably discharged after service of at least one year.

Foster questioned the fiscal thinking of case-by-case handling of illegal immigration claims. "Where are we getting the resources for all this protection of illegal immigrants?" he asked. "If there is sufficient government funding currently allocated for a case-by-case analysis of those here illegally, it stands to reason some of those funds could be shifted to address the backlog of veterans claims which has been called a top priority of the past two administrations.

"At a time when there are 842,687 claims pending before VA, 502,599 of which have been pending over four months, why would we dedicate federal resources to analyze the claims of people who are here illegally? Shouldn't our men and women who risked their lives in defense of this country have priority over those who openly flouted our immigration laws?

"Any such amnesty policy would send a clear message that the interests of law-breakers take precedent over those of our servicemembers," said Foster. "Like many Americans, our veterans need jobs, health care, and other benefits they earned and deserve by serving our nation in uniform, often during times of war.

"I am astonished," Foster said, "that the individual interests of illegal immigrants would ever move ahead of veterans, military personnel and their families when it comes to case-by-case analysis."