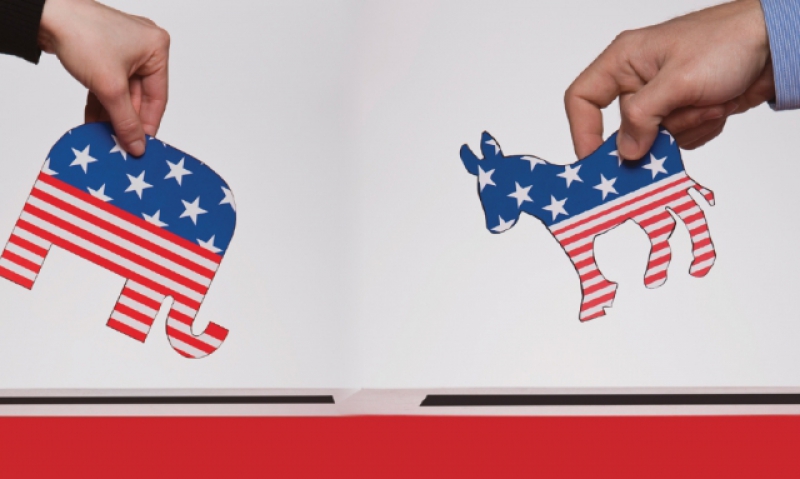 In many ways, midterm elections are the poor stepchildren of U.S. politics. With no presidential contest on the ticket, citizens and scholars usually assume they are less important, and voter turnout falls from around 60 percent in presidential election years to around 40 percent in midterm years.

But these elections cannot be so easily dismissed. There are just as many congressional seats up for election in midterm years as in presidential years – the entire House and one-third of the Senate. Also, about two-thirds of state governors are elected in midterm years (and another four in odd years) – more than a minor detail in a federal republic that still lodges considerable responsibility in the hands of state governments.

The Senate pattern is not as consistent, largely because only one-third of the Senate faces election, and much depends on the lineup of states that have contests. Even there, though, the president’s party has lost Senate seats in 20 of 29 midterms since 1894. Historically, presidents fare particularly poorly in Senate midterm elections in their second terms. This “six-year itch” is largely the result of relatively weak senators who win election on the president’s coattails but lose when running for re-election later without the president on the ticket.

At the least, this pattern means that midterm elections can serve as a tool for Americans to block a president or force him to compromise. Opposition gains can also undercut the president’s claim that election provided him with a popular mandate.

The effects of midterm elections are not always negative. They can also give the opposition a chance to positively refresh itself. For example, when the president’s opponents do well, they have a better chance to bring into the spotlight new leaders who can bring the opposition party out of the wilderness. Woodrow Wilson in 1910, Franklin Roosevelt in 1930, Richard Nixon in 1946, Ronald Reagan and George H.W. Bush in 1966, Bill Clinton in 1982 and George W. Bush in 1994 were all future presidents who gained national attention by victories in midterm years as part of opposition-party waves. Because so many governorships are decided in midterm years, the opposition party has a leg up on developing new leadership at the state level.

The president’s opponents can also test out new themes and issues that, if successful, can be used in the next presidential election. The “Return to Normalcy” that Republicans promised in 1920, the “Crime, Communism and Korea” they attacked in 1952, and the promise to “Get America Moving Again” that Democrats offered in 1960 were based on their successful midterm campaigns in 1918, 1950 and 1958. If the president’s opponents make large enough gains in the midterm elections, they can use their leverage in Congress and the states to promote a new agenda, drawing distinctions from the president and perhaps even forcing him into unpopular vetoes. Democrats accomplished this after 1930 and 2006, Republicans after 1966. Sometimes midterm elections can bring a party wave so pronounced that Congress is defined for years by the class of freshmen elected that year, such as the Democrats’ classes of 1958 or 1974 (the “Watergate babies”).

Altogether, more often than not, midterm elections serve as an important additional check on the president, and they often work as well to help the opposition party rebuild itself, promoting a sort of long-term balance. As a result, important eras of public policy are often defined not by presidential elections – which get all the attention – but by midterm elections. In some ways, the progressive era of Woodrow Wilson actually began in the midterm election of 1910 and ended when Republicans retook Congress in 1918; the New Deal era began in the Hoover midterm of 1930 and ended harshly when Republicans gained 71 House seats in 1938; the New Frontier/Great Society era was foreshadowed in Eisenhower’s election of 1958 and ran out of steam in the midterm elections of 1966; the supply-side Reagan Revolution began in 1978 (the year the anti-tax Proposition 13 passed in California) and was brought to a halt by Democratic midterm successes in 1982 and 1986; and the era of Obama activism was presaged in 2006 and seriously blunted in 2010.

Of course, patterns in the political world, no matter how strong, are not destiny. There is a wide range of losses even when the pattern holds, from more than a hundred seats in 1894 to a mere handful in several elections. When exceptions appear, they too are important – the “dogs that did not bark.” Midterm exceptions in 1934 (when Roosevelt’s Democrats gained seats in both houses), 1962 (when Kennedy’s Democrats lost only four House seats and gained in the Senate), and 1998 (when Clinton’s Democrats gained five in the House) reversed the usual consequences, giving added momentum to the New Deal, the Kennedy program and Clinton’s fight against impeachment.

Pundits are busy trying to predict the outcome of this year’s midterm elections. We will not know the voting results until Election Day, and we may not know the full consequences of those results for years. But if they are anything like the past, the 2014 midterms will alter the course of the United States. It will be up to voters to determine how.