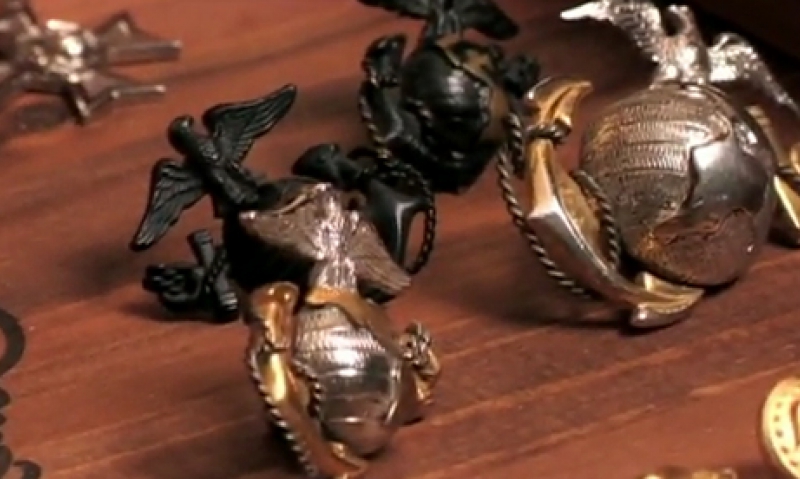 “It’s very exciting that it’s the birthday [celebration] of our Marine Corps and also the same day I’m getting sworn in to become a citizen,” said Chen before the ceremony.

Chen and his family first came to the U.S. from China when he was 6 years old. He became the first in his family to enlist in the U.S. military, said Chen.

Morris, born in the Philippines, moved to the U.S. when he was 5 and followed his father’s example and enlisted in the Corps.

Morris’s path to citizenship was an unusual one. Since his father was an American citizen, Morris should have been given citizenship at birth. However, due to an administrative error during his birth in the Philippines, he was never recognized as a citizen.

Normally, the process to become a citizen can take months, but for these Marines it was shortened due to their active duty military status.

“I started last month, and it was real quick,” said Morris.

Although both certificates grant citizenship upon taking the oath, the certificate of citizenship is derived through the parent’s citizenship status and the applicant does not need to take a naturalization exam, as in Morris’s case.

Although the families of both Marines were unable to attend, Morris’s father, a master sergeant stationed at Camp Lejeune, N.C., congratulated his son via telephone. Chen’s mother also expressed her support and congratulations through the phone to Chen.

While the Marine Corps birthday celebration made Chen’s oath unique, Chen’s mother was sworn in as a U.S. citizen on Independence Day last year and met President George W. Bush.

“We have naturalization ceremonies every Friday; we do about 200,” said Ramirez. “They’re all special because different applicants have different stories, but to be a part of a military ceremony like this, it just makes it that much more special.”

Editor’s note: “Soldiers to Citizens,” a feature by Jay Stuller about how many immigrants have used military service as a means to achieve U.S. citizenship, will be published in the January issue of The American Legion Magazine.