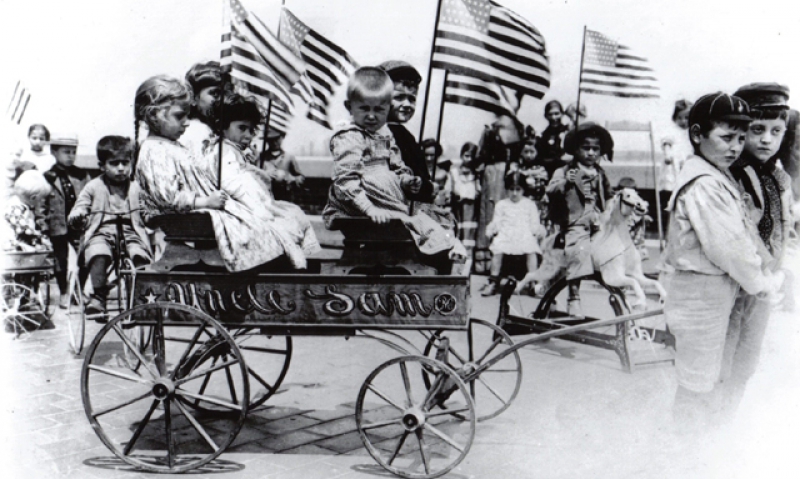 The United States – always synonymous with new beginnings – has welcomed newcomers since its founding.

As our cultural melting pot grows, the term "U.S. citizen" has been adopted by people from all over the world, beginning with the descendants of European colonists and expanding to include naturalized citizens from dozens of countries.The Peopling of America Center, a $20 million addition to Ellis Island, will feature exhibits that follow archetypal families, past and present, through the stages of immigration: departure, journey, arrival, struggles adapting to a new culture, and immigrants’ contributions made to our society.

Scheduled to open in 2011, the center will expand its story of immigration in America to make it more relevant to younger generations. This emphasis offers not only an authentic historical account, but also provides The American Legion with a reason to recognize the project.

The Legion opposes all forms of illegal immigration but strongly supports the naturalization process, as stated in its preamble: " ... to foster and perpetuate a one hundred percent Americanism." In 1942, the Legion’s leadership drafted Resolution 452, calling upon the federal government to continue naturalization classes for people seeking citizenship instruction.

Legion posts are encouraged to serve as educational centers for immigrants who wish to take U.S. citizenship tests. Per Resolution 12, passed May 8, 2008, posts also can provide instructional space for citizenship classes.

On May 20, Horace Orr Post 29 in Marietta, Ga., met with officials from the office of U.S. Citizenship and Immigration Services on how it can assist legal immigrants with the naturalization process.

The Ellis Island museum, which began construction in September, will cater to the changing landscape of immigration and keep the island’s history relevant to younger tourists. Formerly, the landmark was devoted mostly to European arrivals from 1892 to 1954, when its immigration station was operating.

The Peopling of America Center is an official expansion of Ellis Island’s Immigration Museum. It will also chronicle U.S. immigration before 1892, when the historic portal opened. Funding for the museum has been provided by private donors and the National Park Service.