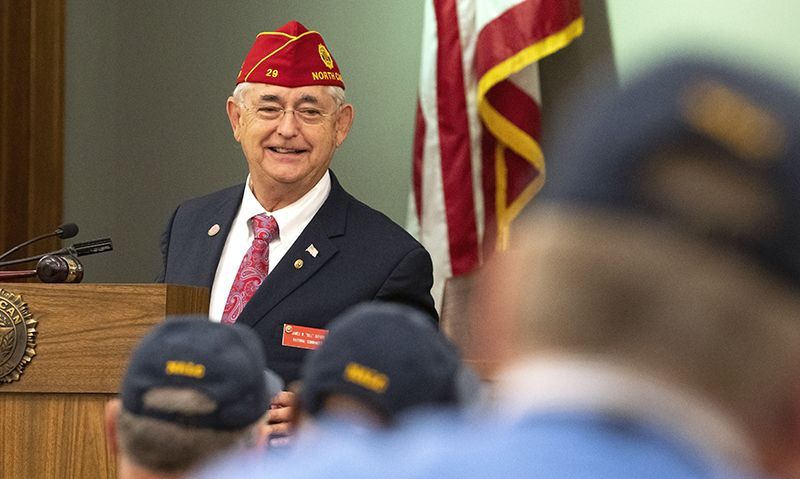 American Legion National Commander Bill Oxford reminded Legion College students that his theme is “A Foundation for the Future” in effort for them to deliver a message when they return home.

“As we enter our next century, the message we have to preach is that The American Legion is just as important and just as visible as we were 100 years ago. We are still the most valuable veterans organization to America’s veterans,” Oxford said in his remarks to the class Wednesday morning.

Oxford also stated that Legionnaires are cementing the foundation for America as well through The American Legion’s Americanism programs such as Boys State, Legion Baseball, Oratorical Contest and more.

The shaping of The American Legion’s future is achieved through mentorship and leadership, a reason why the 58 Legion College students have been selected to represent their department.

However, the success to becoming an effective leader is mentorship. Rehbein shared six things to look for in a mentor within The American Legion.

A mentor has to be someone that:

- Is familiar with the challenges you face;

- Gives advice and not commands ( this goes for yourself as a mentor);

- You can confide in;

- You can trust; and

- Is working for your good and not using you to further their own career.

“Mentorship is essential to the success of The American Legion,” Oxford said. And as for his leadership philosophy, Oxford said it’s pretty simple. A leader “provides direction that the group is going to take. And creates the excitement and enthusiasm to move in that direction.

“Will you be the leader that I think you can be? Set the course and make it happen.”