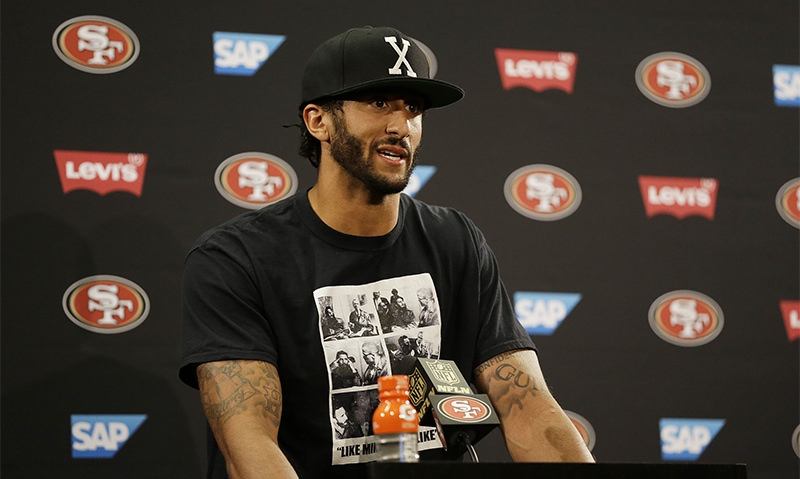 “On behalf of more than 20 million living U.S. military veterans, I think most of us respect his right to not stand, but we also find the action highly regrettable,” Barnett said. “The United States has provided incredible opportunity for Mr. Kaepernick. This country allowed him to become a very wealthy celebrity that was able to pursue his dream. We admit that this country is not perfect and could improve in some areas. But the vicious attack on law enforcement is unwarranted. Moreover the freedoms that Mr. Kaepernick has been able to enjoy, were provided by veterans who made tremendous sacrifices on behalf of citizens like him. Instead of focusing on all that is negative about our country, he should remember what’s great about America and be an example to young people who may aspire to the same success that he has had.”