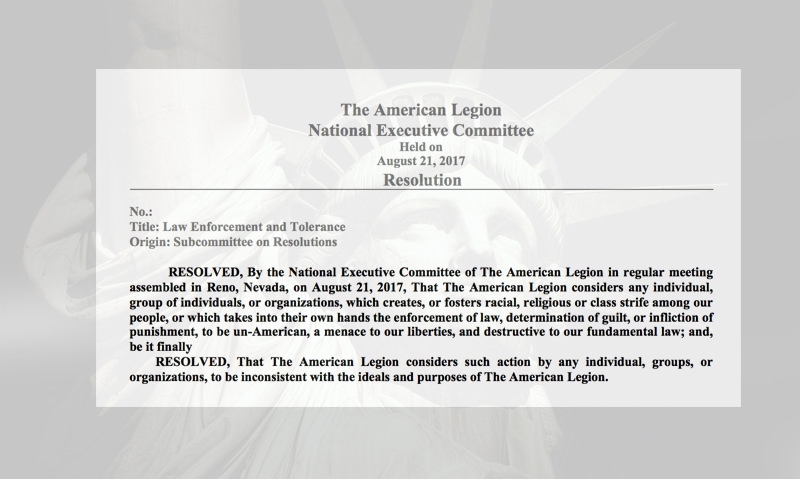 The American Legion today re-affirmed an existing position first passed nearly a century ago that is aimed squarely at groups that espouse racist beliefs.

“In 1923, The American Legion passed a national resolution at our convention in San Francisco that is as relevant today as it was 94 years ago,” National Commander Charles E. Schmidt said after the Legion’s National Executive Committee unanimously reaffirmed National Resolution 407, titled “Law Enforcement and Tolerance.”

First passed when many destructive forces were harming American society, the resolution resolves that “The American Legion considers any individual, group of individuals, or organizations, which creates, or fosters racial, religious or class strife among our people, or which takes into their own hands the enforcement of law, determination of guilt, or infliction of punishment, to be un-American, a menace to our liberties, and destructive to our fundamental law.”