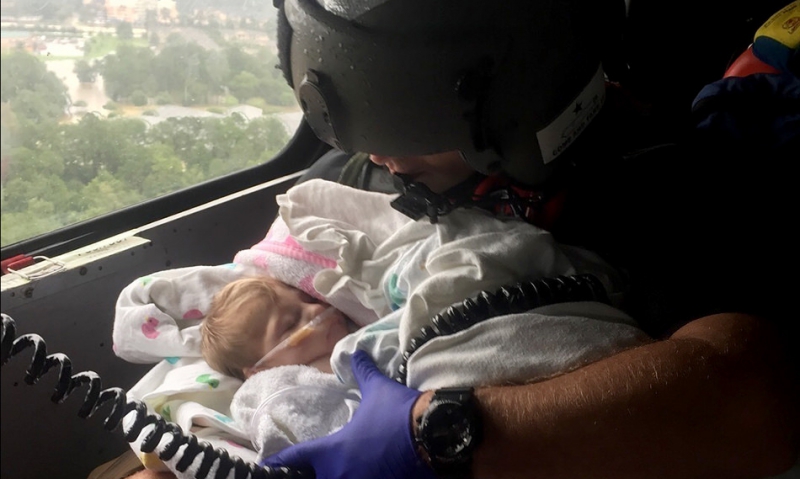 We need our families the most during life’s greatest challenges. Nowhere is this more apparent than in Texas and the Gulf Coast right now.

American Legion Post 658 Commander Gary Alston evacuated his home with his family on August 25 due to the high winds inflicted by Hurricane Harvey. Along with those winds came the water. Trillions of gallons in Texas, according to some estimates. The Alstons, that’s Gary, his wife, two sons and grandmother, have been living at the Legion post in Crosby ever since. Although the population keeps changing, there were 360 people sheltering at the post by Tuesday.

“We have blacks, whites, Mexicans and Indians,” Alston said. “They come here without much but everybody is working together. Veterans and nonveterans. The rest of the country could learn from this.”

It brings to mind the work of DeRidder, La., Post 27, which served as a home to so many in its community during the aftermath of Hurricane Katrina 12 years ago. Its shelter fostered such a family environment that two evacuees were married there less than two weeks after Katrina tore through the coast.

“This is for human life,” Post 27 Commander Bill Loftin said in 2005 of the post’s emergency efforts. “That’s what the Legion is all about. These people are at the mercy of the world.”

My theme as national commander is “Family First,” and this is a perfect example of why The American Legion Family is so important. We have always been advocates for preparedness and emergency response. After Hurricane Camille struck the Gulf Coast in 1969, the National Executive Committee created the National Emergency Fund as a one-time project to award grants to eligible Legion Family members and posts. The program was made permanent after Hurricane Hugo roared into the Carolinas in 1989. Grants of up to $3,000 are now awarded to eligible individuals and $10,000 to Legion posts. Almost $9 million of assistance has been delivered by the NEF since the program’s creation. To learn more about NEF please visit www.legion.org/emergency.

In addition to the devastating impact natural disasters have on lives and homes, communications often collapse when cellular towers are destroyed and satellites fail. The American Legion Amateur (Ham) Radio Club (TALARC) was established in 2011 with such emergencies in mind. With a membership of more than 3,150 in at least 30 post clubs, these dedicated enthusiasts work closely with the Department of Homeland Security and other emergency management agencies in support of civil defense.

You can learn more about our ham radio club by visiting www.legion.org/hamradio or by emailing k9TAL@legion.org. And like any other national emergency, blood donations are always needed.

How you can help:

Donate to the National Emergency Fund