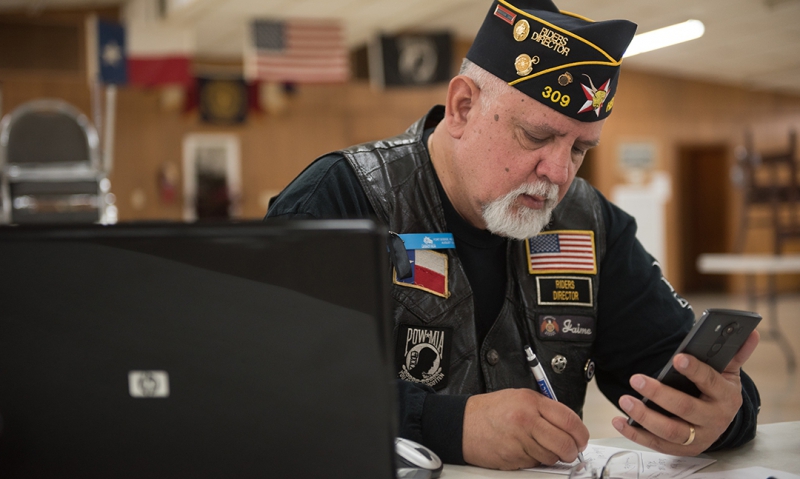 Legionnaire and National American Legion Press Association President Mark Sutton of Michigan is passionate about telling stories on what makes The American Legion great. He believes it all starts with the why. “I love this question,” Sutton said. “It starts with the most important word every post, district and department needs to know and understand ... the why to belong."

During her travels, National Commander Denise H. Rohan sees the four pillars of The American Legion at work and hears stories from Legion Family members about what they do and why they do it. “It’s so amazing the things that are being done in your own backyard,” she said. She wants us to share our stories.

Rohan shared her own story about why she loves The American Legion during a recent visit to the Department of California. Rohan believes it’s important for The American Legion, from departments to post members, to formulate and maintain a strategic plan for telling their own story. She was present when a department service officer was overwhelmingly shorthanded and an agitated veteran came in with a long line of veterans waiting in front of him. The service officer stopped what he was doing and took the veteran to the VA, which was the assistance he needed.

“It didn’t matter how busy they were, they stopped everything they were doing to take care of that veteran,” Rohan said. “All the other veterans in that office waiting understood that too. They understood that need. That is what the American Legion Family does, that is what we are all about, taking care of one another.”

Rohan first learned of Pasadena Post 13 from Facebook. The Sons of The American Legion Hall of Fame was established in 2012 by Post 13 to recognize members of the Legion Family and American citizens whose contributions have been significant. Rohan has been following the induction ceremonies over the past few years and finally had a chance to visit Post 13 during her visit to California.

"What a fantastic program you have to see history on your walls,” Rohan said. “I’m sure you have some fantastic stories that I’m hoping you share with as many people as you possibly can. I encourage all veterans to share their stories, the meaningful pages in history that each of you have written yourself.”

Rohan has her own page in American Legion history as the first female national commander. “I quite often get questions from the press of what it feels like to be the first female national commander and my answer to that is usually, 'It’s humbling, it's such an honor,'” she said. The American Legion is an organization we can be proud of. "When we were founded, our forefathers understood a veteran was a veteran, it didn’t matter what their race, religion or their gender was.”

Members know the importance of what The American Legion does every day, as well as the relevance of our history. But are we doing a good job of spreading the word to other eligible veterans? Sutton believes that the best way to make others want to get involved is to tell them why we belong.

“We should not be telling veterans why they should belong. Our stories should be telling them why we belong,” Sutton said. “How our lives are filled with joy when we can say, 'I support veterans and this is how I do it, through The American Legion.'”

As we approach The American Legion's Centennial Celebration, it seems imperative to collect as many stories as we can.

Legion members are sometimes reluctant to tell their own stories because they don’t want recognition for what they do. Although this is noble, it’s important for Legionnaires at every level to honor the good work that is being done so others will understand the why of The American Legion.

There is a story about a Legion service officer who shared with a widow of a veteran all the benefits available to her and she cried, not knowing that they existed.

There is a story of a high school student who had a life-changing experience at Boys State and then the story of a Legionnaire who was changed too because of that young man.

There is a story about a post commander who received a call at 2 a.m. from the county sheriff asking him to open the post so his search rescue crew could get warm. The post commander gathered several members immediately to serve coffee and sandwiches.

There is a story of how The American Legion helped a Legionnaire reunite with his family that he hadn't seen in 50 years.

The American Legion's story is never over. It is not a story of past tense but one that continues to be written.

“I thank each and every one of you who are helping to lead the way to the future of this organization,” Rohan said. “You are making the difference in everything we do every single day.”

Writer and speaker Simon Sinek did a TED talk many years ago and is the author of "Start with Why." Sinek says to “Start with Why” and the rest is easy. The personal connection of why each member is here is the real heart of The American Legion. There are many stories to tell … share your why.

Let’s get to know each other and what we do across this country. Let’s tell more of our own story by sharing on legiontown.org.