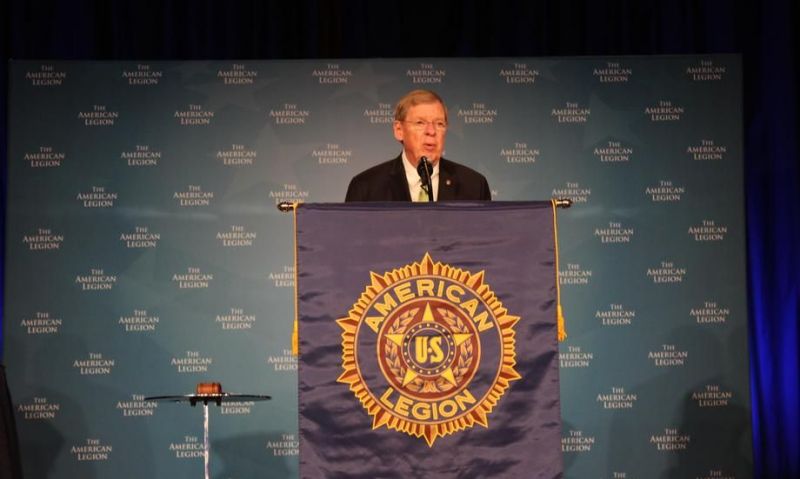 The American Legion extended its gratitude to Sen. Johnny Isakson, who today announced his plans to retire.

“His commitment to his home state of Georgia and to this nation has been exemplary,” American Legion National Commander Brett P. Reistad said. “From his military service in the Georgia Air National Guard, to his service in the Georgia House of Representatives and Senate, and in the U.S. House and Senate, he has demonstrated the highest ideals of integrity, service and excellence. As the chairman of the Senate Veterans Affairs' Committee, he helped usher through significant reforms. He will be very much missed.”