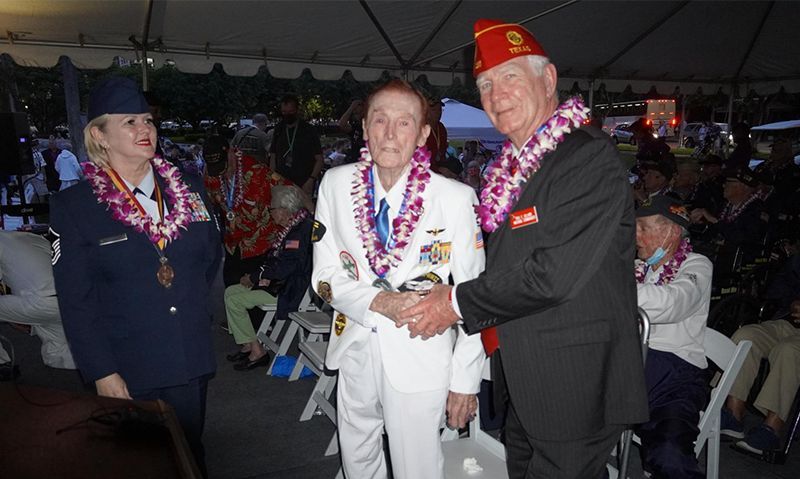 American Legion National Commander Paul E. Dillard participated in ceremonies and remembrances of the 80th anniversary of the attack on Pearl Harbor as part of his official visit to the Department of Hawaii this week.  Ceremonies at Joint Base Pearl Harbor-Hickam were live streamed on Facebook.

“Just as the veterans of Pearl Harbor galvanized Americans across the country to join the military and win the war, the heroes of the Greatest Generation inspired not only those of us who served in Vietnam but the men and women who continue to love and defend freedom,” he said. “I am honored to represent The American Legion this week in Hawaii as we pay tribute to the U.S. servicemembers who survived the infamous attack of 80 years ago, as well as their fallen comrades. The American Legion will forever remember their heroism and devotion to duty.”

In an official White House proclamation, President Biden asked all Americans to “reflect on the courage shown by our brave warriors that day and remember their sacrifices.” Biden added, “I ask us all to give sincere thanks and appreciation to the survivors of that unthinkable day.  I urge all federal agencies, interested organizations, groups, and individuals to fly the flag of the United States at half-staff on Dec.7, 2021, in honor of those American patriots who died as a result of their service at Pearl Harbor.”