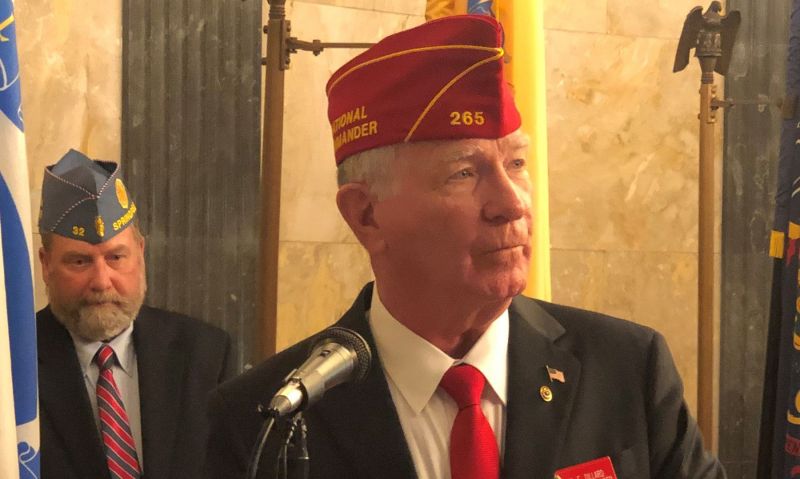 In the midst of a multi-state tour, American Legion National Commander Paul E. Dillard is focused on increasing Senate support for a comprehensive bill that will provide needed care and relief for veterans sickened by exposure to burn pits, atomic radiation and other toxic substances during military service. Before the anticipated vote at the end of May, he will travel to seven different states, ranging from Alaska to Georgia, to meet with Legionnaires and build support for this once in a generation piece of legislation.

“The Honoring Our Pact Act is aptly named because it is a solemn promise that we must honor,” Dillard said. “It took far too long for the government to recognize the high cost that the men and women of my generation paid because of Agent Orange. This bill will provide VA health care for more than 3.5 million contaminant-exposed veterans who served in the Global War on Terrorism. It also includes benefits for atomic vets and others who have been exposed to dangerous substances and have gone decades without government accountability or rightful treatment for diseases they contracted because of it. This bill has passed the House. I’m calling on every member of the U.S. Senate to support it. We have called for a vote before Memorial Day, and I can think of no better way to honor the fallen than taking care of their brothers- and sisters-in arms.”

Dillard and his team of national vice commanders have been carrying this message to Legionnaires across the country. Dillard has already given several media interviews in Minnesota and is scheduled to visit Georgia, Alaska, South Dakota, Indiana, Kentucky and Illinois in the weeks leading up to Memorial Day.

“People are dying,” Dillard said. “This bill establishes a service connection for 23 illnesses and cancers linked to these exposures. I would like to ask any member of Congress who opposes this legislation, which veterans do you want to leave behind? Those with Gulf War Illness? Camp Lejeune vets? Those with stage 3 cancer? I call on all Americans to contact their U.S. senators and insist that they vote for the Honoring Our Pact Act. These benefits were earned by our veterans who put their lives on the line for America and suffer today due only to their willingness to serve in the U.S. Armed Forces.”

To contact U.S. senators to support the Honoring Our PACT Act, visit this link.