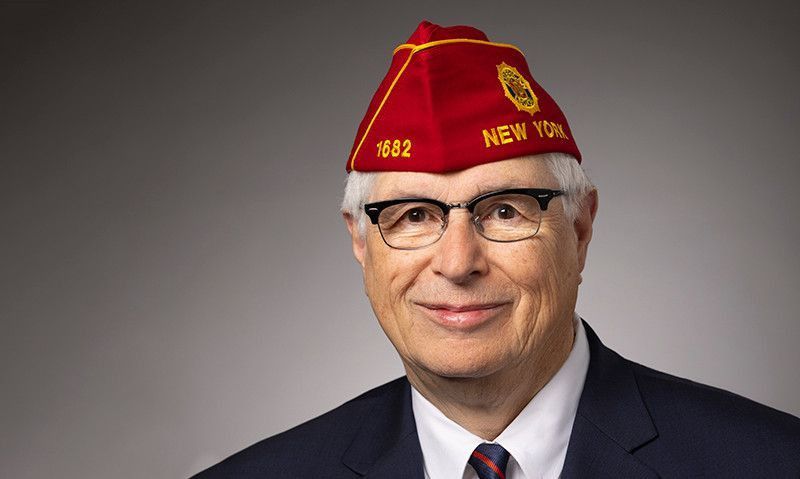 December 7 is often remembered as a day of infamy. I prefer to think of it as a day of bravery. Sixteen Medals of Honor were later awarded for actions taken in and around the Hawaiian Islands that day. Fifty-one Navy Crosses, 53 Silver Stars, four Navy and Marine Corps Medals, four Distinguished Service Crosses, a Distinguished Flying Cross and three Bronze Stars were also awarded to Americans for their actions during the attack. Countless other heroic acts occurred without the valor officially recognized.

The captain of the USS Arizona, Franklin Van Valkenburgh, was posthumously awarded the Medal of Honor for gallantly defending his ship until he was killed by a direct bomb hit. In 2017 his grandson, Charles Van Valkenburgh, told The American Legion, “Stay vigilant because it only takes moments for an aggressor to change the world and it’s our responsibility to ensure it never happens again.”

On the USS West Virginia was yet another of that day’s many courageous sailors. Dorie Miller was a Navy messman who received the Navy Cross for moving his wounded captain and defending his ship with a machine gun until he was finally ordered to leave the bridge. He received great acclaim at a time when Black veterans often did not get the recognition that they deserved. Still, many believe that Miller’s actions merit the Medal of Honor.

The stories of the heroes of Pearl Harbor will continue to live, though most of the eyewitnesses are no longer with us. I do not have precise numbers but it is believed that some of the more than 2,400 Americans who died that day were Sons of The American Legion members. Maybe even a few were Legionnaires, who were also veterans of World War I.

It is in the spirit of reflection and awe that I am attending tributes and memorials at and around Pearl Harbor this week. Tomorrow, I will lay a wreath at the National Memorial Cemetery of the Pacific, the final resting place for thousands of heroes who served in World War II and subsequent wars. Established in Honolulu’s Punchbowl Crater in 1949, it is also the burial site for legendary World War II correspondent Ernie Pyle, who served in World War I.

As I look around at the tranquility and natural beauty of the Aloha State, I am struck by one of Pyle’s quotes. “Some day I’d like to cover a war in a country as ugly as war itself.” His description was apt for many of the world’s battlefields. But on Dec. 7, 1941, the ugliness of war struck one of the most beautiful places on earth. We will never forget its heroes.