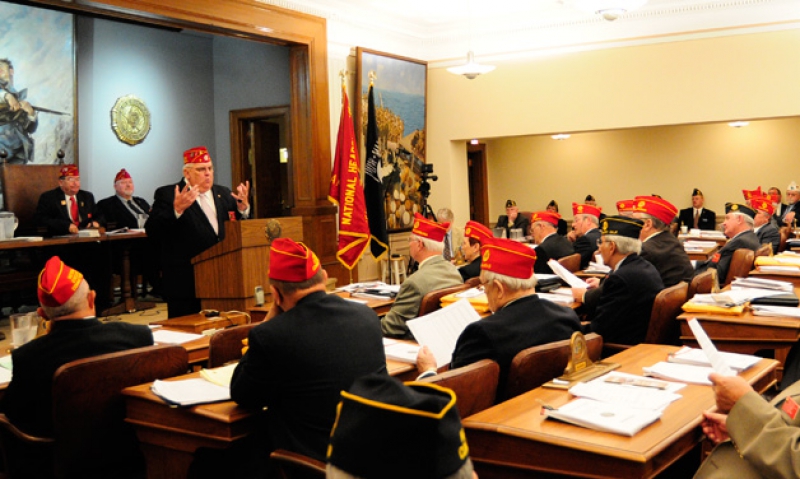 The American Legion is only as strong as its membership base. The more devoted members it has, the better the organization can advocate for veterans and serve the military community which has given so much to our country.

With these sentiments in mind, the National Executive Committee passed Resolution 64 Wednesday during the first session of the Fall NEC Meetings in Indianapolis. The landmark directive charges the Legion’s Internal Affairs Commission and Membership & Post Activities Committee to establish a five-year strategic plan to help the organization reach a record in total membership by 2019, the Legion’s centennial.

The resolution was passed with stirring applause and resounding enthusiasm from all those who were assembled at national headquarters. Several NEC members and past national commanders spoke in support of the resolution.

Specifically, the resolution directs the Internal Affairs Commission and Membership & Post Activities Committee to produce a five-year plan and present it to the NEC at the Spring Meetings in May of 2013. The backbone of the plan will be developing new posts in communities where there is a strong population of veterans but not enough Legion posts.

This direction will put a great deal of responsibility on departments, which will need to put the plan in effect and develop these posts and consolidate existing posts where necessary, Legion officials explained Wednesday.

“You, as leaders, I know can go out there and do what needs to be done to get this membership base moving forward,” Hedrick said. “We all love this organization, or we wouldn’t be here.”

Developing a strong membership and starting new posts is not only positive for the organization, it’s good for the veteran population as a whole, Hedrick and others said.

“Our membership is us,” said Charles Schmidt, NECman from Oregon. “It’s what we do. It’s how we do it. It’s our voice on Capitol Hill. Our membership will determine how strong that voice is, and we need a strong voice on Capitol Hill with all the issues that our veterans are going through. We cannot afford for that voice to become a soft whisper.”

The resolution moved a number of individuals to come forward and speak before the NEC, including Past National Commander Ronald Conley. In his speech, Conley referenced the Legion’s annual System Worth Saving report on VA health care, which is distributed to Congress after a year’s worth of site visits, saying it would be a shame if such efforts lose their impact in Washington.