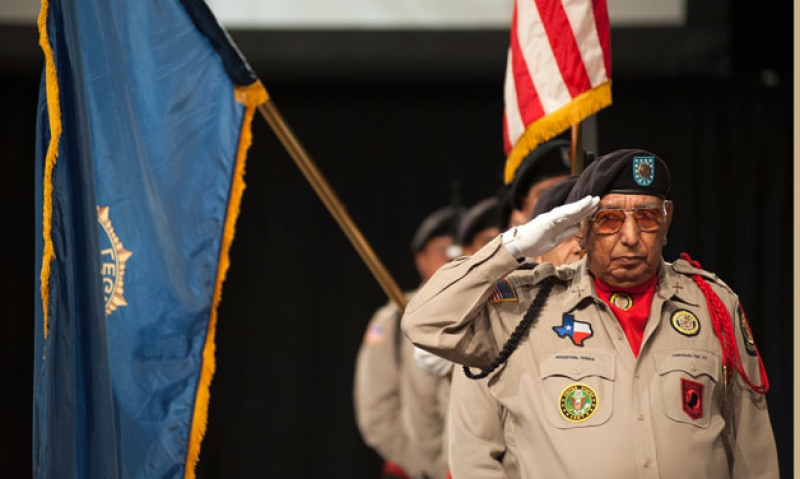 The Harrisburg Post 472 Color Guard of Houston is no stranger at all to performing on the American Legion national convention's stage. And they're good at it.

Post 472 has won multiple class titles for mulitple years running, and has stood as the National Commander's Color Guard "since 2009," as member Daniel J. Rodriguez puts it. But the 2013 Color Guard Contest, held Friday evening at the George R. Brown Convention Center in Houston, was very special for the group: it was the first time they were able to bring their winning ways to their hometown. Such success doesn't come easy.

"It takes a lot of dedication," said Daniel Rodriguez. "We do our best to represent our state and our city."

And this time, their city was able to represent them back. "(Being in Houston) gives our family and friends a chance to see our hard work," said Ben Saenz. "We start practice in January and do it twice a week."

Cost and distance have been factors in the past, but obviously not this time. And if the presence of a "cheering section" brought more pressure, Post 472 didn't show it, repeating their titles again before a crowd - down from last year's competition in Indianapolis, as was the competition roster - that included around 30 Harrisburg fans who hooted and applauded loudly after almost every maneuver.

"It takes a lot of work, and you understand that," he said.