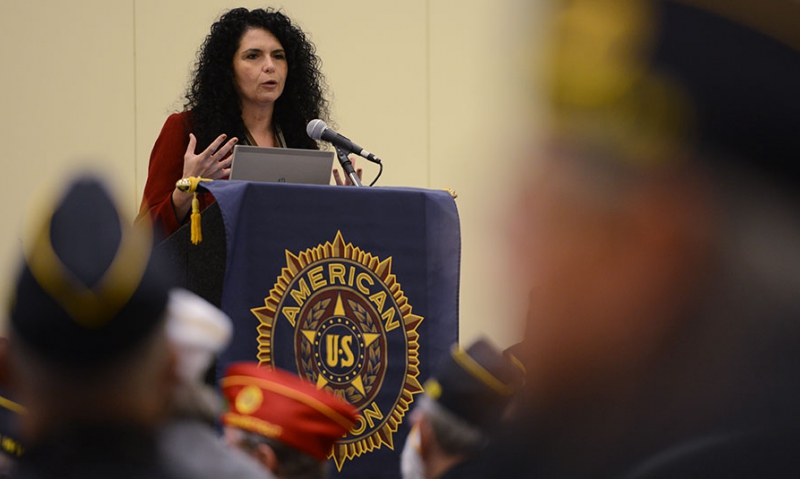 “Veterans are exhausted and feel like guinea pigs; they’re getting desperate,” said Dr. Sisley, a former VA psychiatrist and assistant professor at the University of Arizona College of Medicine. “I could never reach that level of relief with traditional medications, so I knew I had to keep going."

Dr. Sisley’s presentation to the VA&R Commission Saturday during the Legion's 98th National Convention in Cincinnati can help influence the passing of Resolution 11, which originated from the Department of Louisiana and is being introduced by the VA&R Commission at national convention.

“There are a lot of tools that are not being utilized. Big pharma does not want them used," said Past National Commander Bill Detweiler and chairman of the Legion's TBI/PTSD Committee. "Here is an opportunity for the Legion to step forward and help (veterans) who are suffering from PTSD."

Seeking answers for veterans plagued by combat-related medical conditions is nothing new for The American Legion. In 1983, the Legion sponsored a six-year independent study by Columbia University that established the effects of exposure to Agent Orange on Vietnam War veterans.