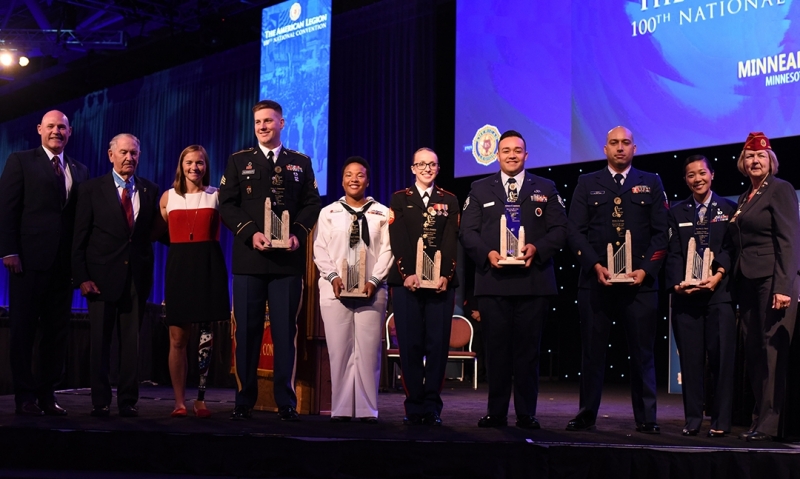 A multitude of awards are given out at each American Legion national convention, and the 100th convention in Minneapolis in August was no exception. Below is a list of 2018 awards and their recipients, whether given onstage or off.

For greatest activity in use of American Legion School Medal awards

National Recruiter of the Year

Race to the Top winners

For support of Boy Scouts of America

Broadcast: KARE-TV, Minneapolis, “Disconnects, Delays and a Pattern of Denial”

No. 1 in membership at June report

Employer of the Year

For companies and businesses dedicated to hiring veterans