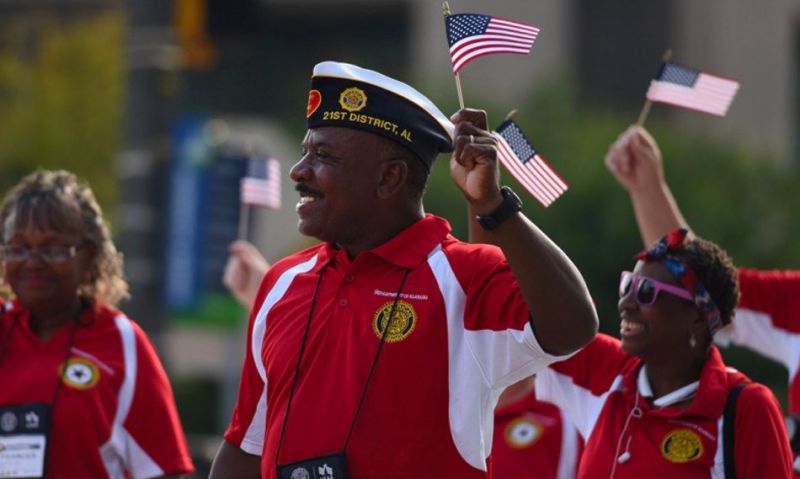 The 101st National Convention of The American Legion in Indianapolis gets underway Friday, Aug. 23, with community activities, meetings, workshops, training sessions, distinguished guests, speakers and more, and concludes Aug. 29 with the election of a new national commander.

For a schedule of events, tour opportunities and more visit www.legion.org/convention/resources.

A few activities held during convention include:

The following workshops and conferences will be held in conjunction with the convention:

• The U.S. Mint will be selling American Legion centennial coins in the Exhibit Hall at the Indiana Convention Center. To purchase a coin now, visit www.legion.org/coin.

• The American Legion’s traveling GI Bill exhibit is on display in the rotunda at the Indiana State Capitol, 200 W. Washington Street.

• A naturalization ceremony and voter registration will be conducted with 100 new citizens – Tuesday, Aug. 27

• Several national convention events, including all three days on the convention floor, will be streamed live. Click here to see the complete schedule and how to watch.

Stay updated with what’s happening at The American Legion’s biggest annual gathering by following online at www.legion.org, on Facebook and on Twitter.

The Legion’s National Convention mobile app is also available for download, free of charge, from the Apple Store or Google Play. Click here to access it. The app includes maps, information from meeting times to registration and shuttle hours, social media links, a guide to Indianapolis and more. It will continue to be updated with information, headlines and alerts throughout the convention. If you still have last year’s app on your phone, you can simply update it for 2019.