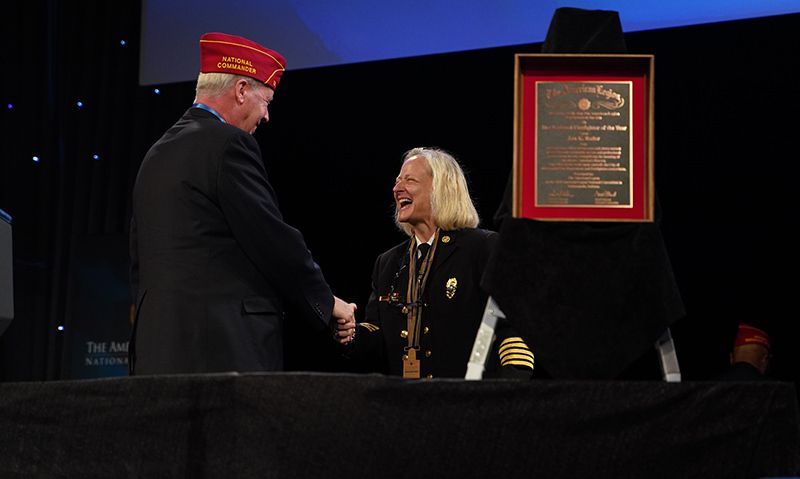 On Aug. 28, Jan K. Rader received the American Legion National Firefighter of the Year Award at the 101st National Convention in Indianapolis. The award has been given through the Legion's National Security program since 2010, to a firefighter who has exceeded the requirements expected of their position and shown a distinct pattern of community service and professional achievement. The award takes into account individual heroic acts. Those eligible include active firefighters and emergency medical technicians who are certified firefighters.

Rader is chief of the City of Huntington (W.Va.) Fire Department. She has been a firefighter for nearly 25 years, and is the first woman to serve as chief of a professional fire department in the state. Rader is on the front lines of the fighting opioid addiction in Huntington, which has garnered her attention from several media outlets.

"I'm very humbled by this," Rader said. "Your first-responders have a very similar makeup to those of you in this room today. I thank you for allowing me to be here and to be a part of this."

Learn more about The American Legion's National Security program and platforms at www.legion.org/security.