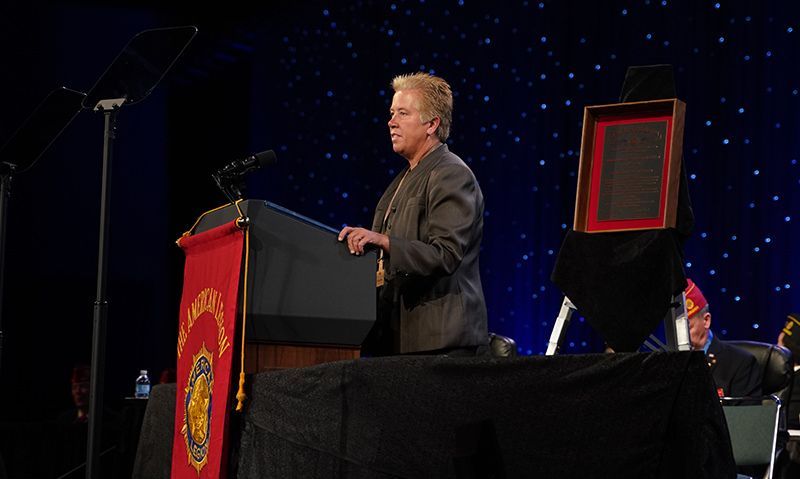 On Aug. 28, Lt. Jane Anderson of Colorado Springs, Colo., received the American Legion Law Enforcement Officer of the Year Award at the 101st National Convention in Indianapolis. The award has been given through the Legion's National Security program since 1997, to a well-rounded law enforcement officer who has exceeded the duty requirements expected of their position and has demonstrated a distinct pattern of community service coupled with professional achievement. The award especially takes into account heroic acts.

Prior to retiring in July, Anderson had been with the Colorado Springs Police Department for 30 years, serving in a variety of units and mentoring numerous employees both sworn and civilian.

"I am truly honored and humbled by this experience," Anderson said. "I want to thank The American Legion ... for your never-ending support for first-responders."

Learn more about The American Legion's National Security program and platforms at www.legion.org/security.