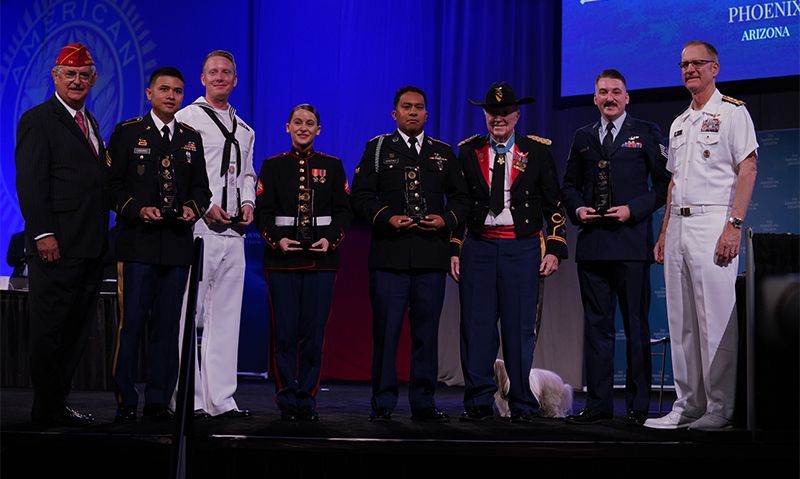 Crandall, a member of The American Legion in the Department of Washington state, received the Medal of Honor for his actions as a pilot during the Battle of Ia Drang on Nov. 14, 1965, in South Vietnam.

During the battle, he flew 22 missions in an unarmed helicopter heading into enemy fire to evacuate more than 70 wounded troops while bringing ammunition and supplies to the front lines. By the end of the Vietnam War, he had flown more than 900 combat missions. (Crandall shared his story with The American Legion in this video in 2013.)

Crandall recalled an incident that began during his first tour in Vietnam.

“A helicopter came up missing,” he said. “It was missing for 45 years and we finally found it. In my opinion, I wish we hadn’t. It brought back a lot of pain. Not just for the family but with all of us who served with him. They were outstanding young men. Great aviators and that is pretty hard to be sometimes.”

Four months into his second tour in Vietnam, his helicopter was shot down during another rescue attempt in January 1968.

“The U.S. Air Force dropped two bombs on my helicopter while I was in flight so I have been a little bit cautious about bad-mouthing them,” said Crandall, who joked, “I apologized to the Air Force for anything I said or did. I didn’t mean it.”

Crandall spent five months in the hospital recovering from a broken back and other injuries due to the friendly fire incident.

Now, he travels everywhere with “his best friend,” Huey, a service dog. “He warned me when my mother-in-law was at the door.”

Crandall also helped present the annual Spirit of Service medals to the recipients who received their honor for their volunteer work.

Monahan told attendees that last September his hometown of Talent, Ore., was struck by wildfires. In all, the fires killed at least 11 people and burned about 1 million acres.

“I was extremely anxious and distraught regarding these events. I felt that I needed to go home to help my community,” said Monahan, who received approval from his leadership to return home to help his community.

For the next two weeks he fought fires and helped in the recovery efforts.

“I was just one of hundreds of people helping. All together, we achieved some great relief. It makes me happy that The American Legion recognizes first responders as well because every single year our country faces greater and greater threats from wildfires. Those first responders protect all of us. They are the real heroes.”

Monahan extended his gratitude to The American Legion.

“I cannot express all the gratitude I have for this organization and its national leadership for recognizing not only myself nut by shipmates and these youth leaders who we spoke with previously,” he said. “Thank you so much. It means a lot to me.”