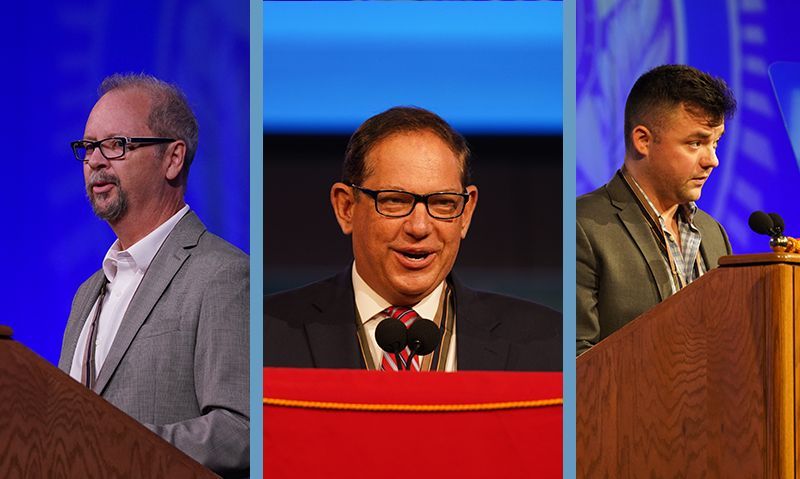 A Florida television station, a military news website and an Illinois newspaper were recognized for excellence in journalism on Sept. 2 during The American Legion National Convention in Phoenix, Ariz.

The three media outlets were presented with The American Legion Fourth Estate Award, which is presented annually to one recipient each in the broadcast, Internet/new media and print categories.

Television station WFTS in Tampa, Fla., was presented with the award in the broadcast category. The station was honored for its series “The Price of Protection….Problems with Court-Ordered Guardianship,” in which its ABC Action News I-Team examined problems with many of Florida’s court-ordered guardians who victimize vulnerable seniors while profiting from their care. The reporting is believed to have influenced the firing of an agency head by Florida Gov. Ron DeSantis and reforms passed by the state’s legislature.

In the Internet/new media category, the award went to Military.com. Reporter Gina Harkins wrote about a short-lived proposal to close Marine Corps Recruit Depot, Parris Island. Military.com scooped all other outlets and was the first to report the proposal, which outraged several members of the South Carolina congressional delegation and led to the Parris Island Protection Act.

The Daily Herald of Arlington Heights, Ill., was honored with the award in the print category. The newspaper was recognized for its series of articles about veterans who died with no relatives who were willing to arrange funerals. The articles quickly went viral, prompting hundreds of people from the Chicago area to show support and attend memorial services for the veterans. The deceased veterans were given the military honors that they deserved.

“The American Legion Fourth Estate Award is difficult to earn,” American Legion National Commander James W. “Bill” Oxford said. “It is a testament to the demanding nature of the competition – and the quality of entries.  Not only do the reports have to be informative and entertaining, they also have to provide a tangible benefit to society.”