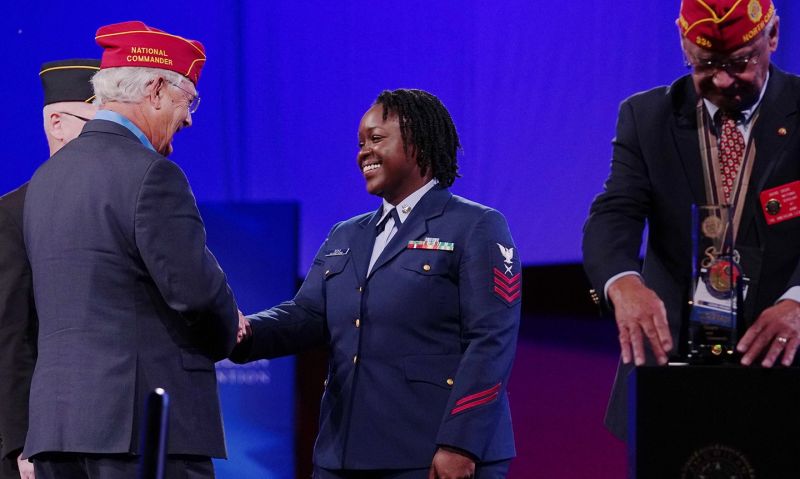 Below is a list of awards and recipients from the 102nd American Legion National Convention in Phoenix.

National Firefighter of the Year: Robert Nagle of Gallitzen, Pa.

Race to the Top (given to district commanders who attain at least 100 percent of the district’s assigned membership objective by March 31): Bruce Carl

100% Department Commander of the Year (given to any department commander who meets or exceeds the 100% goal by the May target date): Milo Vukovich, Department of Mexico

O.L. Bodenhamer Trophy (No. 1 in membership at June report): Department of South Dakota

Child Welfare Foundation Meritorious Achievement Award (given for the highest increase in per-capita giving to the CWF): Department of Nevada

Enhance the Lives of the Disabled: Veteran Outdoors Inc.