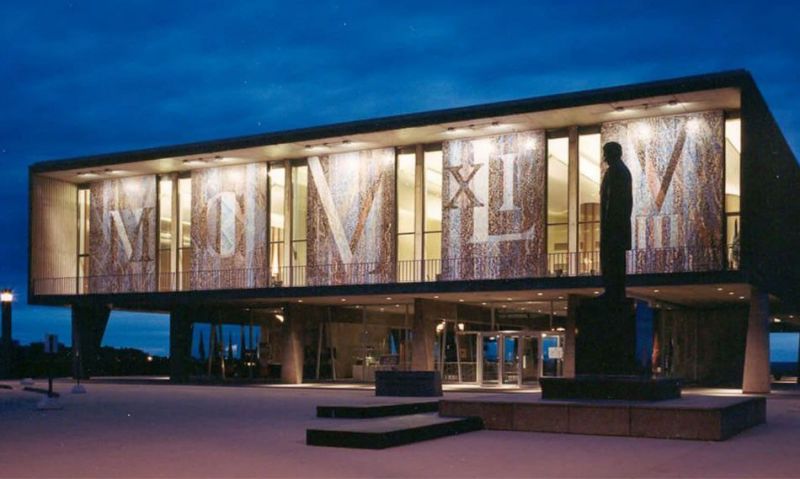 In conjunction with the 2022 American Legion National Convention in Milwaukee, American Legion Family members again will come together to help better an aspect of the host city.

As has happened at multiple national conventions, The American Legion will take part in a community service project. Members of the Legion Family will head to Milwaukee’s War Memorial Center on Aug. 26 from 7 a.m.-noon. There, they will engage in one of four projects.

·       At the front of the War Memorial Center there are six solid, red granite barriers put in place as decorative vehicle obstacles. Five represent each branch of the service, the sixth has the name of the memorial and a quote from General Douglas MacArthur. The painted areas of each logo and text will need to be touched up with black paint.

·       Polish black marble surfaces throughout the center, including the surface area around the eternal flame and eight black marble benches located in Veterans Courtyard.

·       The War Memorial Center secured funding in 2020 to build out green infrastructure, including native plantings along the north lot of the building. This is an area that tends to collect debris and will require some weeding to preserve the native plantings associated with the project. Volunteers will help weed the area.

·       North of the native plantings area is the Vietnam War Memorial. Bricks are placed around the memorial with names of veterans engraved in the tiles. Power-spraying and removing debris lifted out from between bricks will take place during the project.

Dedicated on Veterans Day 1957 and designated a Milwaukee Landmark in 1974, the War Memorial Center was designed by renowned Finnish-American architect Eero Saarinen, whose work also included the St. Louis Gateway Arch, New York’s John F. Kennedy Airport and Dulles International Airport in Washington, D.C. In addition to standing as a testament to those whose made the ultimate sacrifice for the nation, the War Memorial Center is a hub for veteran activities, providing more than $120,000 in services each year to veterans and veteran service organizations.