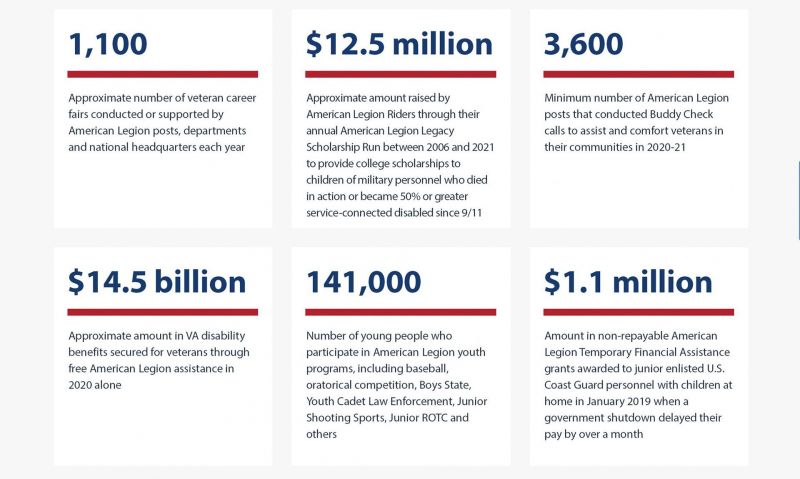 The American Legion National Executive Committee passed a resolution in 2020 that adopted a statement of mission, vision and values. Along with that, an official motto was approved: “Veterans Strengthening America.” Presentations on Monday, Aug. 29, are scheduled to discuss the statement and motto and the Legion’s history of strengthening communities, states and the nation.

The American Legion Media & Communications Commission directed staff to develop a website landing page to promote the meaning of the statement and motto. It contains the entire statement, voices that amplify its meaning, videos and other tools, including a power-point deck that can be shared in meetings and events.

American Legion Media & Communications Director Jeff Stoffer will present “Legacy of Veterans Strengthening America” in two time slots Monday: 9:30 a.m. – 11 a.m. and 1:30 p.m. – 3 p.m. in the Wisconsin Center, Room 103, Section A. The presentations will be the same, so attendees can choose the time slot that best fits their schedules.