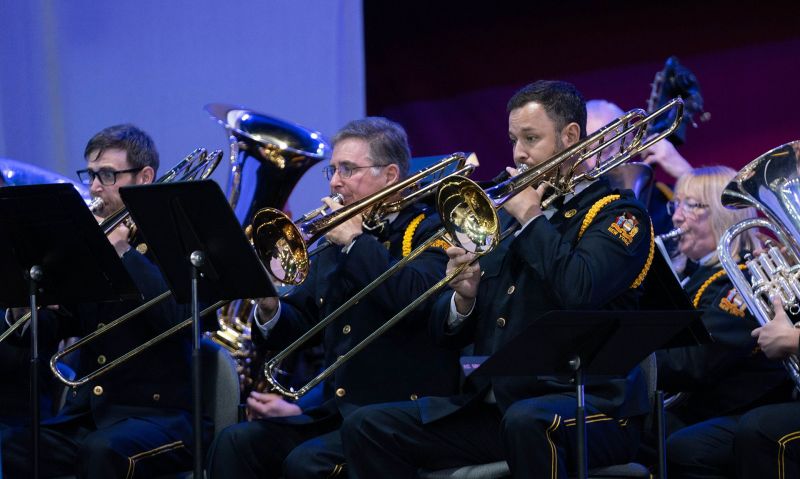 The American Legion Band of the Tonawandas (Tonawanda, N.Y.), sponsored by Post 264, competes in the Band Contest at the 103rd National Convention in Milwaukee in 2022. (Photo by Hilary Ott /The American Legion)

American Legion bands and color guards can now apply to compete during the 104th National Convention in Charlotte, N.C.

The National Color Guard Contest will open the convention on Friday, Aug. 25. The contest will start at 4 p.m. in Exhibit Hall A, Exhibit Level of the Charlotte Convention Center, with Newport Harbor Post 291 of Newport Beach, Calif., defending its title as champion. There are four classes of competition: Advancing/Retiring Colors, Military, Military-Open and Open.

To be considered for the National Commander’s Color Guard, units must compete in either Military or Military-Open and Advancing/Retiring Colors. Units can represent any part of the Legion Family or have a combination of members in the unit. Applications are due to National Headquarters by Friday, July 21.

On Saturday, Aug. 26, the American Legion National Concert Band Contest will kick off at 1 p.m., also in Exhibit Hall A. The event includes Concert Band and Exhibition Band classes. Applications are due to National Headquarters by Friday, April 28.

For contest applications and rules, go to legion.org/convention/contests.