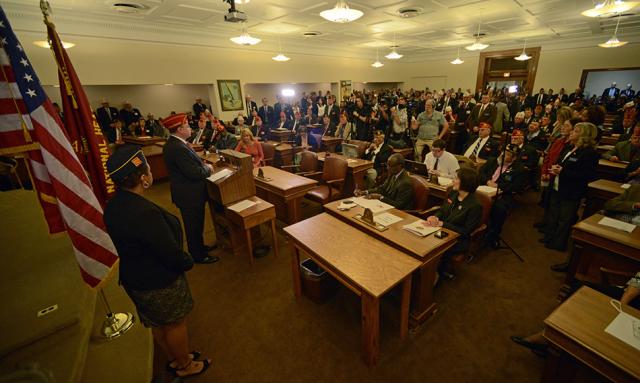 On May 5 during Spring Meetings in Indianapolis, I did one of the hardest things that I have ever had to do as national commander – I called for the resignations of Department of Veterans Affairs Secretary Eric Shinseki, Under Secretary of Health Robert Petzel and Under Secretary of Benefits Allison Hickey. The American Legion hasn’t called for the resignation of a public official in 30 years.

The call for their resignation comes from poor oversight and failed leadership. The American Legion wants answers and solutions to the pattern of scandals that has infected the entire VA system.

CNN reported late April that the Phoenix VA Medical Center had been keeping a secret waiting list that included veterans waiting more than 200 days for an appointment, which may have resulted in the deaths of 40 veterans. If true, these accusations are despicable. No one who served this country with honor should be left to die in such a way.

Then The American Legion was informed that clerks at the VA clinic in Fort Collins, Colo., were instructed last year on how to falsify appointment records so it appeared the small staff of doctors was seeing patients within the agency’s goal of 14 days.

VA leadership has demonstrated its incompetence through preventable deaths of veterans, long wait times for medical care, a benefits claims backlog numbering in excess of 596,000, and the awarding of bonuses to senior executives who have overseen such operations. Those problems need addressed at the highest level – starting with new leadership. The American Legion does not see VA enacting the culture change that it so desperately needs with the current leadership in place. Senior VA leaders have isolated themselves from the media and, more importantly, from answering to their shareholders, America’s veterans.

The American Legion is hopeful that our announcement for the resignation of Shinseki, Petzel and Hickey will be acted upon for the betterment of Americas veterans. However, if changes in VA leadership are not made, we will continue to make our voice heard. The American Legion is committed to ensuring that each and every VA-eligible veteran receives high-quality health care in a timely fashion. And preventable deaths at facilities entrusted to provide that care will not be tolerated.