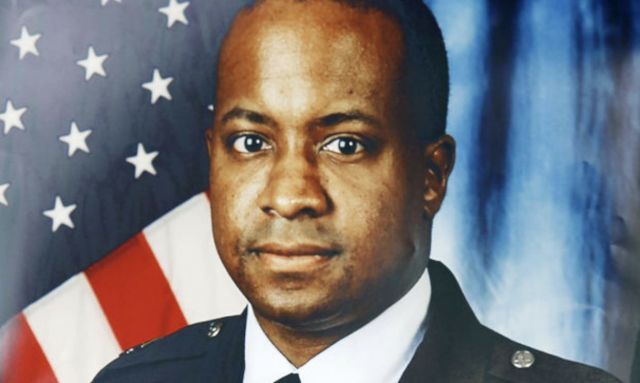 From the American Revolution to the current global war on terror, 1 million American men and women have made the ultimate sacrifice while serving in wars and conflicts. They died so we can continue to cherish the things that we love – freedom, country and family.

On Memorial Day, American Legion Family members across the country will gather to honor the memory of our fallen warriors who have given everything for their country. It’s a day of remembering that brave men and women continue to take the oath of allegiance to fight, and if necessary, die for the sake of freedom.

On Memorial Day in 2010, U.S. Air Force Maj. Charles A. Ransom spoke at his First Baptist Church in Midlothian, Va., about how the holiday isn’t for outdoor barbeques but to honor veterans who have made the ultimate sacrifice for their country. Less than a year later, Charles, 31, was killed in action in Afghanistan.

“Not a day goes by that we don’t have Charles on our minds. I wake up with him on my mind,” said Willie Ransom, father of Charles and The American Legion’s national sergeant-at-arms and Department of Virginia’s Veterans Affairs & Rehabilitation Committee chairman. “When you serve in the military you’re serving for a purpose – to serve your country. He served his country and died for his country because he was a patriotic person.”

Upon graduating from high school, which Willie said Charles was voted “most likely to succeed,” he attended Virginia Military Institute (VMI) where he was elected vice president of the Class of 2001. After graduating from VMI, Charles served with the 83rd Network Operations Squadron out of Langley Air Force Base in Virginia. While there, Charles shared with his father, a retired Army master sergeant, that he was going to make a career out of the Air Force.

“He was a go-getter. He was dedicated to the military. And he was unselfish,” Willie said.

Willie spoke with personnel that worked for Charles at Langley Air Force Base and said on holidays, such as Thanksgiving and Christmas, he would let his servicemembers spend dinner with their families. “He would work in their place. It was really honorable of him to do that,” Willie said. “Charles was an all-around good guy.”

Charles was among those shot and killed on April 27, 2011, by an Afghanistan pilot at Kabul International Airport. Two years later, American Legion Post 186 in Midlothian was named in his honor. Charles was a member of Post 186, which Willie also belongs to, and became the first servicemember of the post to be killed in action.

Charles was posthumously awarded the Meritorious Service Medal, Purple Heart and Bronze Star. Those medals, among many other items such as his Virginia Military Institute diploma, pictures of him while deployed, U.S. burial flag and even the first living room suite he purchased in 2001, are in a memorial room dedicated to Charles at the home of Willie and Marysue, his mother.

“Once you lose a child like that, and when you lose someone that you really love, (the memorial room) is just something that we have to keep him going and his memory alive,” Willie said. “By being in the church like we are, we keep his memory alive when we think about verses in the Bible. We have no problem keeping him alive because he will always be in our hearts No. 1.”

We should all remember that freedom isn’t free. It’s only possible because our fallen heroes, like Charles Ransom, have paid its high price.