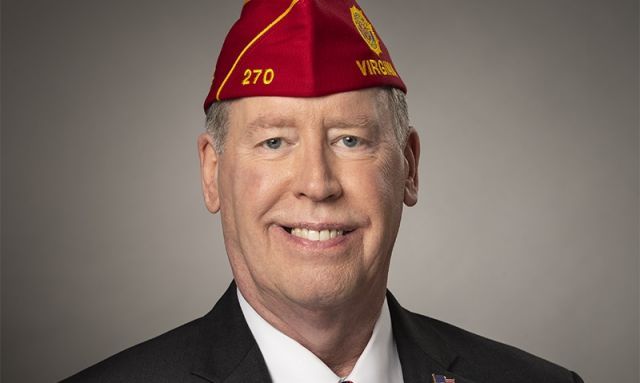 I had the opportunity to attend the Department of New Jersey’s summer convention where they welcomed “The Greatest Legislation: An American Legion Centennial Salute to the GI Bill” traveling exhibit.

The multi-media exhibit produced by the Legion’s 100th Anniversary Observance Committee has toured the nation since June 2017, sharing the story of the GI Bill. The display documents the story of the “greatest legislation,” which The American Legion originally drafted and pushed to passage in 1943 and 1944. It features illustrated panels, video kiosks and artifacts that show the dramatic story of the Servicemen’s Readjustment Act of 1944, the massive effects it had on U.S. society and the ongoing effort to continue improving it for new generations, through to the passage of the Harry W. Colmery Veterans Educational Assistance Act of 2017 – the “Forever GI Bill.”

During my remarks to the New Jersey Legion Family, I reflected on the price U.S. military personnel have paid for the abundance of opportunities they have under the GI Bill. They paid, and continue to pay, for the GI Bill through sleepless nights induced by post-traumatic stress, through grafted skin put together after rocket attacks, through aching backs incurred after years of heavy packs and infantry gear. The truth is, our founders understood the horrors of war as soon as they experienced World War I. But others required some reminding.

Not only was this initial investment a cost of war – in other words, payment to those who gave so much – but it paled in comparison to the higher tax revenue gained from an educated working class and a housing boom that came as a result of millions of new homeowners, courtesy of the GI Bill. This is why I keep referring to the GI Bill as an investment rather than a benefit or a welfare program. It was an investment that paid off big-time. By the mid-1950s, one third of U.S. housing starts were funded by GI Bill financing.

As the years passed, the education benefit for veterans gradually diminished, setting the stage for the Post 9/11 GI Bill, passed in 2008, a major overhaul that modernized and improved the package. Since then, The American Legion has worked with Congress and VA to continue improving it and will continue to do so.
Just like The American Legion created the original GI Bill, we will fight to ensure the GI Bill indeed lasts forever and that the benefits are worthy of the GI Bill name. This is why we have an American Legion. This is what we fight for. That is who we are.

The American Legion’s GI Bill exhibit will continue to travel the nation throughout the organization’s centennial year. It will be at the 101st National Convention in Indianapolis inside the exhibit hall at the Indiana Convention Center.