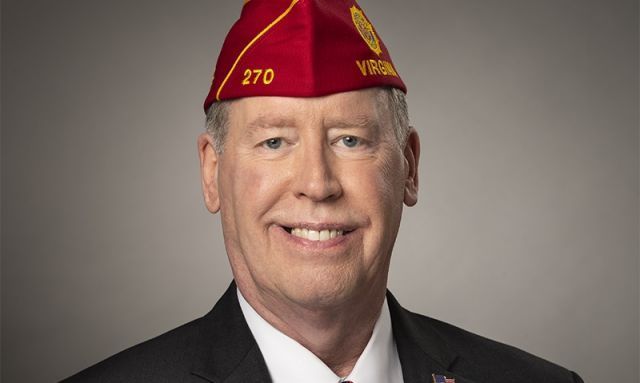 Since The American Legion turned 100 in March, the celebration of our anniversary has continued through the sale of the commemorative coin series. The collectible coins pay tribute to our impact on communities across the country, and are a lasting and timeless expressions of the service and values The American Legion holds dear.

The proceeds from this year’s coin sales from the U.S. Mint help fund American Legion programs that support veterans, servicemembers, their families and the communities in which they live. For example, surcharges totaling $35 for each $5 gold coin sold, $10 for each silver dollar sold, and $5 for each half dollar sold are authorized to be paid to The American Legion. I am proud that any surcharges received from sales of American Legion commemorative coins will help us continue to fulfill our mission.

The silver dollar features the American Legion emblem surrounded by oak leaves and a French fleur-de-lis. On the reverse side are crossed U.S. and American Legion flags beneath an arch from the Arc de Triomphe, in another nod to the Legion’s birthplace. The $5 gold coin commemorates The American Legion’s birth in Paris in 1919, with the Eiffel Tower and a V for victory; they are encircled by the outer edge of the background of the American Legion emblem, representing the rays of the sun. The coin’s reverse depicts an eagle in flight, symbolizing honor, valor and bravery. And in a tribute to the Legion’s dedication to 100 percent Americanism and the welfare of youth, the clad half dollar portrays two children, one wearing a parent’s or grandparent’s American Legion cap, saluting a U.S. flag on the coin’s reverse side. The words “I PLEDGE ALLEGIANCE TO THE FLAG …” are on the obverse side, continuing on the back with “ … OF THE UNITED STATES OF AMERICA.”

After Dec. 31, the U.S. Mint will no longer sell these limited-edition collector’s items. Individuals can order them as mementos. Posts can purchase them and use them for fundraisers.

I cannot think of a better way to honor The American Legion’s centennial than by ordering a keepsake commemorative coin or coins that will help ensure that our nation’s veterans, servicemembers and youth will receive the assistance only Legion Family members can provide.

To purchase a coin, or coins, or for more information, please visit www.legion.org/coin. For those who do not have access to a computer, call 800-872-6468.
Order yours today before it’s too late.