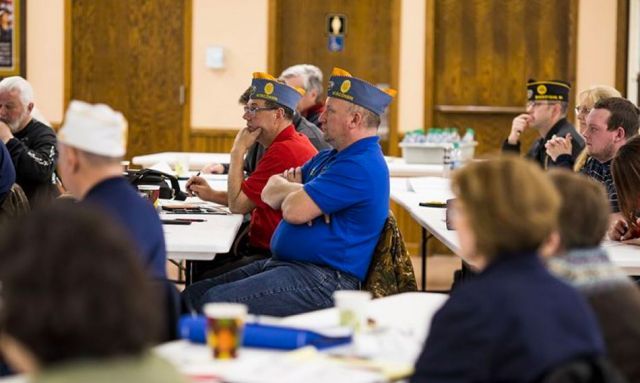 The 101st National Convention in Indianapolis, Aug. 23-29, will mark the final months of The American Legion’s centennial celebration, which will conclude in November.

Workshops, training sessions, tour opportunities and more will occur during this year’s convention. Prepare now by making time to be a part of the following opportunities offered to American Legion Family members.

Subject matter expert training. The training will be from 9 a.m. to 3 p.m. on both Saturday, Aug. 24, and Monday, Aug. 26, at the Indiana Convention Center, Halls D & E, Level 1. Topics of discussion include how to: work with other veteran service organizations, leverage social media, inspire post growth and use MyLegion.org. Leadership from DeVry University will be speaking about sponsorship, and a staff member from Indiana University-Purdue University will speak on campus connection. Download the agenda at www.legion.org/documents/legion/pdf/SMET_2019.pdf.

Digital Media Training Workshop. The workshop will address the growing needs of 21st century American Legion Family communicators. Volunteers who handle public relations or communications programs at their post or district level are encouraged to attend part of all of the workshop. The Digital Media Training Workshop will be held Monday, Aug. 26, from 9 a.m. to 4 p.m. with a break for lunch. It will be held in the Indiana Convention Center, Room 125, Level 1. Register for the media workshop at www.legion.org/register.

Training for incoming district commanders. Every year more than 750 Legionnaires across the nation are elected to serve as a district commander. The American Legion’s Membership Division is hosting a training course for 2019-2020 incoming district commanders. The Incoming District Commanders Training is Monday, Aug. 26, at 9 a.m. at the JW Marriott Indianapolis in the Grand Ballroom, Sections 8 & 9, Third Floor.  Topics include post analysis, district revitalization, MyLegion.org training, Buddy Check, and a membership engagement plan at the district and post level. Download the agenda at www.legion.org/documents/legion/pdf/district.commander.training_2019.pdf.

Film festival. This year’s festival will be held Monday, Aug. 26, in Rooms 126 and 127, Level 1 of the Indiana Convention Center from 9 a.m. to 3 p.m. The final schedule will be announced on www.legion.org/convention prior to the start of the festival. Among the planned elements are:

Credentialing summit. The American Legion’s Veterans Education & Employment Division is hosting a National Credentialing Summit Wednesday, Aug. 28, from 9 a.m. to 4 p.m. at the JW Marriott Indianapolis. The summit will feature experts from the private and nonprofit sectors, the armed forces and federal agencies to share best practices for credentialing and enhancing civilian career prospects for veterans, servicemembers and military spouses. Register at www.legion.org/register.

Tour opportunities. Ticket information is available for every tour under www.legion.org/convention/resources. Discounted ticket prices are available through advance purchases. Tours include:

Other convention news. Additional events, including convention agenda, parade information, tour opportunities and more can be found at   www.legion.org/convention.

And download The American Legion’s National Convention app at  www.legion.org/mobileapps/nationalconvention to stay updated on events and story, photo and video coverage right from your smartphone.