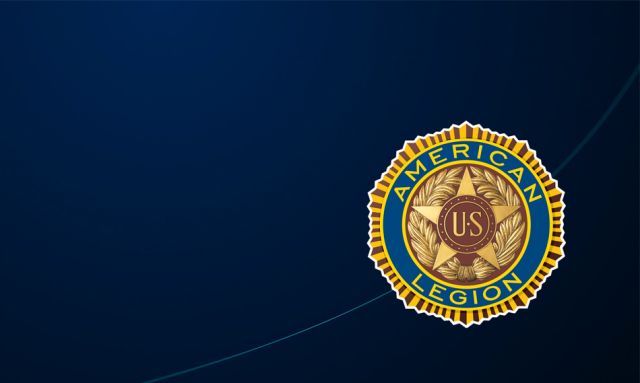 No, I’m not referring to priceless paintings thousands of years old displayed in museums, the electric fence with its warning signs, or the tall holiday displays at department stores. I am talking about what you are not supposed to do with The American Legion emblem when you are using it in a design.

No “touchy” is National Judge Advocate Kevin Bartlett’s catch phrase when he gave a presentation to the 2019 National American Legion College class last November on the use of the emblem and the trademark name, The American Legion. What does it mean? It means that nothing can be touching any part of the emblem. There is no set distance away.

Take the new Department of California image as an example. The California silhouette is not touching the top or bottom of The American Legion emblem. It’s close enough and yet far enough to not violate the trademark and patent law. I was informed that California’s new image did get approved by American Legion National Headquarters for department use. Yes, the department must also request permission to use the emblem since the design was altered.

Many American Legion Family members don’t think they need to concern themselves with the dos and don’ts of using the name or emblem of The American Legion. For the vast majority, that may be the case, however, knowing the basic fundamentals should be part of your American Legion knowledge. The emblem is the organization’s brand. It should be recognizable in the way most of us recognize the red wavy font of Coca Cola, lowercase font of amazon, and the child-like font of Disney. Their color, font and design are all elements that make their symbols iconic and recognized.

A few months ago, I saw a group of men wearing shirts with the wrong Sons of The American Legion emblem on it. The Sons logo was in red, rather than light blue and somewhat round, rather than oval. It was obvious that they wanted to promote the organization by being noticed with their large, bright red logo. However, it clearly was not the correct Sons logo. Instead of promoting brand awareness of the Sons of The American Legion with the correct emblem, it was damaged by the change.

According to the Name and Emblem Guide, the Sons of The American Legion emblem is an oval made up of four colors – gold, dark gold, light French blue and light brown – with the letters all capitalized.

Another important lesson that was shared by a National Legion College student for all to learn from was when she gave her new Legion business card to Bartlett and was told in return that she couldn’t pass them out anymore – and that she didn’t get approval to have them printed. Flabbergasted, she asked “Why?” For starters, she didn’t use the correct American Legion emblem. Oops! She downloaded a cool looking blue metallic version that’s been floating on the Internet for some time now.

Secondly, they were professionally printed. She didn’t print them off her printer, but through a retailer. Unbeknownst to a majority of us, how business cards are produced determines whether or not you need to request permission from National Headquarters. Basically, if you go to Office Depot, Staples, Vistaprint or any of those types of vendors where you pay for it, you need permission to reproduce The American Legion emblem.

However, if you print them off your printer on business card stock, you don’t need permission. There was no exchange of money. But you still have to use a proper American Legion emblem.

It seems that this particular topic has been neglected for some time now and hasn’t been enforced resulting in widespread misuses, and in a way, abuse of the brand. If you recall during the 2018 Spring Meetings, the National Executive Committee passed Resolution No. 1: Rules and Regulations Governing Use of the Name and Emblem of The American Legion to clarify the rules and regulations of its use. National continues to ensure that its brand, its most valuable asset, is properly used, marketed and promoted.

If this still doesn’t make sense on how it applies to you, then think of it this way. Let’s say your name is Santa Claus and you wear a red suit and have a thick white beard. You are known for bringing presents to children all over the world for Christmas. On Christmas Day, someone decides to change your name to Santa Clown, dresses up in purple and green dotted suit with a painted face sporting a goatee and delivers used presents to children all over the world. Is that the brand image that Santa Claus is associated with? No. So, let’s use the emblem correctly and with proper permission.