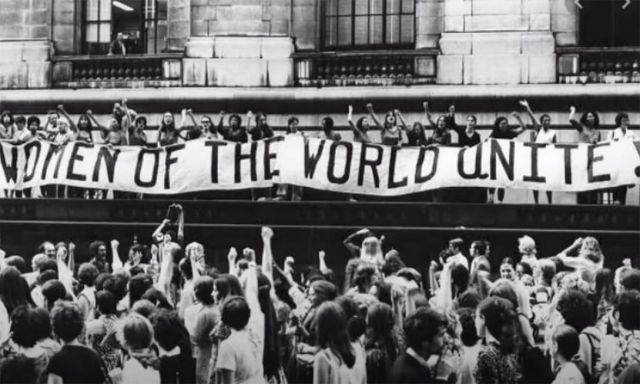 Reba Whittle served in the U.S. Army Nurse Corps during World War II and became the only female prisoner of war (POW). Her C-47 plane was shot down on a mission to collect casualties, and she and her crewmates were captured by German soldiers. Whittle spent her time in POW hospitals treating patients until she was repatriated nearly a year into her captivity.

“I found that women were such a large part of our victory and that the war contributed to the improvement of women’s rights,” said New Palestine, Ind., high school student Alyssa Kauchak about her “Women of World War II” video that featured Whittle.

Kauchak was one of 10 video entries for American Legion New Palestine Post 182’s third annual scholarship competition. The high school students were tasked with creating a three-minute video on the European Theatre during World War II. The award recipients were recently named, with Kauchak earning first place and a $1,000 scholarship for her “Women of World War II” video; $500 each was given to runners-up Braeden Baker for “Operation Overlord,” and Cora Downing for “The Battle of Normandy.”

Watch the videos on legion.org/honor.

This “is another way for students to see that learning history can be fun and encourage them to continue learning history in the future,” Iacobucci said. “This year we had a student submit a video about her great uncle’s involvement in WWII, an important piece of family history she might not have learned about without this scholarship opportunity. I’m very thankful that (Bill McCoy) brought this annual scholarship opportunity to the students at New Palestine High School.”

In their videos, the students featured historical images and scenes from World War II, while their voices often told the story. For example, Kauchak featured well-known images of women in military service during the war, the gravesite of Whittle, war medals, and women working in the factories while men were away serving. Meanwhile, Downing had music playing throughout her “The Battle of Normandy” video with war images and subheads telling the story.

McCoy is looking forward to next year’s scholarship video competition, which will be on his war – the Korean War.
“I hope (these videos) make the students aware of what went on before them, and give them a sense of patriotism and Americanism,” McCoy said.

American Legion Post 11
Post 11 in Brookline, Mass., awarded $4,000 to high school students as part of its annual scholarship competition. Each applicant researched and created a two to four-minute video about one of the 16 Memorial Squares in Brookline.
“At the post we were filled with awe and inspired by what these students put together, and humbled by the sacrifices made by those from our community whom these squares honor,” said Avi Kaufman, chairperson of the Post 11 Scholarship Committee.

See the top videos at brooklinealpost11.org.