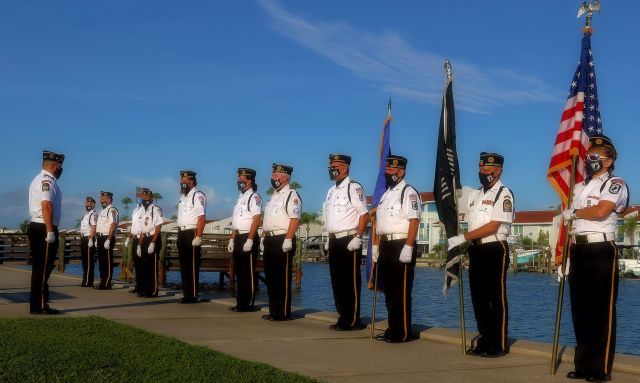 The American Legion’s federal charter requires the submission of an annual report to Congress on activities for the year. More than 8,840 of the 12,637 American Legion posts submitted a Consolidated Post Report (CPR) for the 2019-2020 membership year by its deadline of July 1. That’s an average completion rate of 70 percent.

For his continuing term as American Legion national commander, James W. “Bill” Oxford challenges and encourages departments to hit 100 percent reporting. One hundred percent reporting is one of four requirements to achieve the Post Excellence Award.

As the 2020-2021 CPR will soon be released for posts to begin filling out, a few department leaders share how they achieved 100 percent reporting and how you can too.

“Soon after the 2019 National Convention in Indianapolis, department leadership began sending out information to posts emphasizing the importance of the CPR. Electronic newsletters, emails, bulletins, the NC Legion newspaper, and district, division and department meetings were all utilized to help emphasize the role the CPR plays in shaping The American Legion at the local and national level.

“The CPR is a barometer to measure the impact and effectiveness of the Legion, and a checklist for the individual post to determine if they are fulfilling the vision of our founders. We emphasized that the CPR is more than a ‘paper drill.’ It is a significant tool to use in support of our nation’s veterans.

“Administratively, district commanders are required to visit a post at least once a year and record all programs and community support. The department designed a new district commander form to better capture post activity and to make it more compatible with the CPR. The form helps facilitate a more seamless transfer of information to the CPR and better highlight the significant accomplishments of the individual post.

“In addition, department staff and the Membership, Post Activity, Post Organization and Revitalization Committee, and district commanders worked together as a team to collect information, confirm activity or events, and assist posts in capturing relevant data. Other tools such as department-level Buddy Checks, post websites and Facebook pages were additional resources in telling the Legion story in North Carolina. District commanders, the Membership Committee and department staff directly supported the 30 to 40 percent of posts needing assistance with the process.

“The COVID-19 pandemic presents many challenges. At the same time, it presents many opportunities. Even though we are having to adjust some of our day-to-day operating procedures, it reinforces the need for communication, teamwork and creativity.”

Department of Florida. “The Department of Florida recognized that while the unprecedented event of a world pandemic brought months of uncertainty as posts closed their doors and members remained in lockdown, it is in moments like these that Legionnaires may need a reminder of the great work they had done for their communities,” said Department of Florida Commander William “Rick” Johnson. “It is also in moments like these that Florida’s membership continues to rise to the occasion, by not only contacting fellow members via Buddy Checks, but collecting food and goods to distribute to the children and families also hit hard by COVID. And while we knew that large-scale events were out of the question, it is small actions like these that can and should be reflected on the Consolidated Post Reports and needs to be celebrated.

“The department also knew that nine months’ worth of dedication and support of the Legion’s Four Pillars should not be wiped away just because a post had to shut its doors. We decided to make it a priority to collect the Consolidated Post Reports from all Legion posts in the state so that each and every member could view the final statistics and feel pride in knowing that they had a hand in reaching those goals. The CPR is one small puzzle piece that when put together shows the greater picture of a year’s worth of work and dedication the men and women of The American Legion have done without expecting a word of thanks or recognition.

“We accomplished 100 percent reporting through sending weekly updates reminding post, district and area officers of the deadline date and the importance of what the statistics mean not only to Florida veterans and the communities they serve, but to veterans across the nation. District commanders were also instrumental in collecting the CPRs, prompting post adjutants and commanders to complete their end of year reports and submit it to state headquarters.

“Finally, in the weeks leading up to national’s July 1 deadline, Department of Florida personnel called posts that had not yet reported to offer assistance and guidance to complete and turn in their Consolidated Post Report.”

Department of Indiana. “Achieving 100 percent reporting took a concerted effort between our department headquarters staff and leadership in the field,” said John Crosby, Department of Indiana adjutant. “First, the department commander and leadership stressed the importance of the Consolidated Post Report, explaining that this document is our report card to Congress, statehouse, and local officials detailing who we are and how we change lives in our communities across the Hoosier State.

“Incentivized programs, to include the U.S. Minted American Legion centennial coins for district commanders that reported 100 percent by deadline, were communicated as early as October of last membership year. Constant communication between department down through districts and posts continued throughout the year using every tool necessary to us including our department publication “Hoosier Legionnaire,” digital newsletter, social media, internal email, and word of mouth from conferences, district and post meetings.

“Without the hard work of our blue cap Legionnaires in the field, this success would not have been possible.”