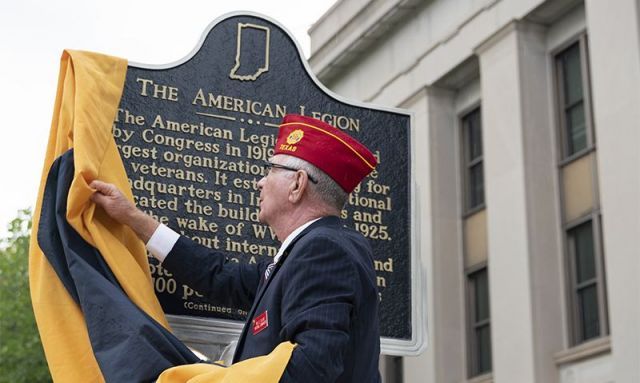 777 North Meridian Street. On Oct. 6, during Fall Meetings, American Legion National Commander Paul E. Dillard unveiled a new Indiana Historical Marker Bureau sign in front of the rebuilt original permanent national headquarters of The American Legion, which has been transformed into a high-tech “one-stop shop” to provide multiple services for Hoosier veterans and their families.

After national American Legion operations moved into its bigger building on the plaza at 700 North Pennsylvania Street in 1950, the American Legion’s Department of Indiana and American Legion Auxiliary National Headquarters were based at the 777 building. The structure was placed on the National Historic Landmarks Registry in 1994 and continued to serve as home to the Indiana American Legion’s state office until 2014.

Training Tuesday sessions are held monthly on the last Tuesday at 7 p.m. Eastern.

“Boys State,” directed and produced by Amanda McBaine and Jesse Moss, won the Sundance Grand Jury Prize in January 2020. The film is available on Apple TV+.

Children’s Organ Transplant Association. For 30 years, the American Legion Family has supported the Children’s Organ Transplant Association (COTA) through grants, fundraising efforts and donations that have totaled more than $1.5 million. These funds have ensured that the mission of COTA is met, which is to provide financial assistance to families across the country whose child or young adult needs a life-saving organ, bone marrow or stem cell transplant.