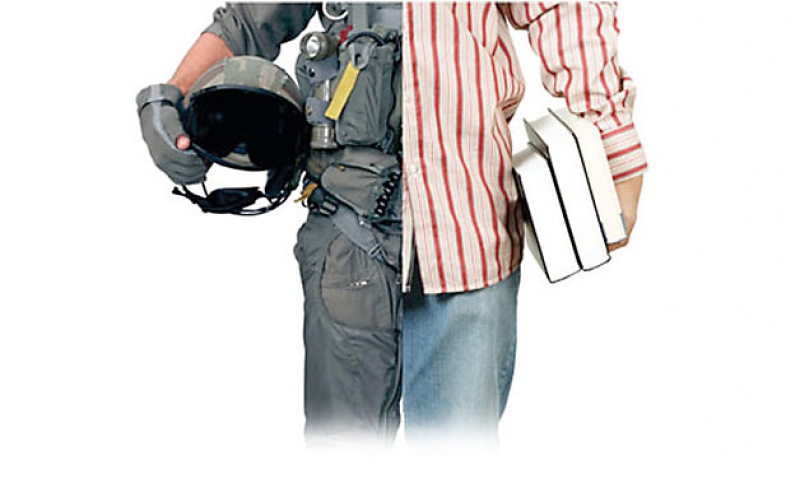 Federal legislation designed to help protect the interests of student veterans is one step closer to enactment. H.R. 4057 - the Improving Transparency of Education Opportunities for Veterans Act of 2012 - passed the U.S. Senate on December 19, after major lobbying efforts from The American Legion.

The original bill – of which four versions eventually appeared – was introduced in the House of Representatives by Rep. Gus Bilirakis, R-Fla., in Feb. 2012. Bilirakis is vice chair of the House Committee on Veterans’ Affairs.

According to Legion Economic Division Director Joe Sharpe, the legislation was influenced heavily by concerns voiced to Bilirakis’ office by The American Legion. The Legion had noted what it considered shortcomings in educational counseling and quality of education being afforded to GI Bill beneficiaries. Bilirakis’ legislation, with contributions by the Legion, called for greater transparency by institutions with regard to the schools’ quality of instruction, accreditation, recruiting practices and post-graduation employment records.

In the coming weeks, the Legion’s concerns were brought to the attention of President Barack Obama. On April 27, he signed an executive order designed to help protect students and prospective students using their Post-9/11 GI Bill benefits from aggressive and deceptive targeting by educational institutions, particularly for-profit career colleges.

Then, in a July 30 news conference, Sen. Tom Harkin, D-Iowa, unveiled a massive report on what members of his Senate Committee on Health, Education, Labor and Pensions considered questionable business practices pursued by some for-profit schools, many of which target military veterans in their student recruitment efforts.

About a month later, as a prelude to its 94th national convention in Indianapolis, the Legion hosted a roundtable discussion on the treatment of military veterans by for-profit colleges and universities. This landmark session aired views on the pending legislation, H.R. 4057, and President Obama’s executive order.

Meanwhile, after rounds of discussion, debate and amending, H.R. 4057 was received by the Senate in September. The Legion then took what it had learned to the office of Sen. Richard Burr, R-N.C., ranking member of the Senate Committee on Veterans’ Affairs. The Legion’s input was employed, in part, to fine tune the final bill.

“I can say without hesitation,” Sharpe said, “that The American Legion played a major role in the creation and acceptance of this important piece of legislation.” H.R. 4057 now returns to the House for a final vote. The Legion expects swift passage and a presidential signature.