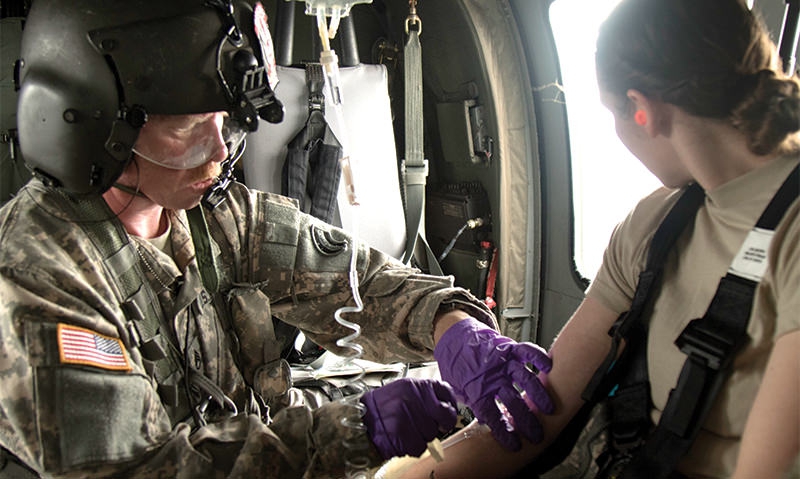 A newly released American Legion report, “The State of Credentialing of Service Members and Veterans,” sponsored by Military.com, lays out key recommendations to improve the transition to specialized civilian careers for members of the U.S. Armed Forces and military veterans.

The report, prepared by SOLID, LLC, focuses on the complex issue of converting military experience into credits toward licenses and credentials necessary for employment in multiple civilian industries that require specialized training and education. It aims to help guide the administration, Congress, state credentialing agencies and industries.

“The military invests extensively in formal training for its enlisted personnel, complemented by extensive on-the-job training and hands-on experience,” The American Legion report states in its executive summary. “Military training is state-of-the-art and, early in their careers, service members gain opportunities for direct experience that are unprecedented in the civilian sector. However, the eligibility requirements for civilian credentials seldom offer direct recognition of military training and experience as a means of qualification.”

The American Legion conducted the first systematic review of military credentialing for specialized civilian careers in 1996 and has worked continuously to improve acceptance of experience in the U.S. Armed Forces in training programs for such careers as emergency medicine, hazardous material handling, commercial truck driving, mechanical technology and other careers requiring federal, state or industry certification or licensure for employment.

The Legion has conducted numerous roundtable discussions involving industry leaders, government employers and other stakeholders over the years, including highly acclaimed national credentialing summits in 2012 and 2015. Two more roundtable discussions and another national American Legion summit are planned within the next year.

Among the areas of progress include improved military programs to document hours of training and experience for active-duty personnel that can be submitted for acceptance by government or industry licensing and credentialing agencies. Legislative efforts have also provided improvements at the federal level and on a state-by-state basis. However, the conversion from military experience to credits toward civilian licenses and credentials remains inconsistent, and GI Bill benefits do not always adequately cover the widely varying costs of final examinations.

“America spends hundreds of millions of dollars each year to train service members to do highly skilled jobs,” U.S. Sen. Elizabeth Warren, D-Mass., said at a Senate subcommittee hearing earlier this year. “They should be ready to move into civilian life with (the help of) certifications.”

She emphasized that the Senate “wants to work on making it easier for our service members when they leave the service to have that credential in hand and recognized in all 54 jurisdictions of the United States.”

Among the recommendations identified in The American Legion report are: