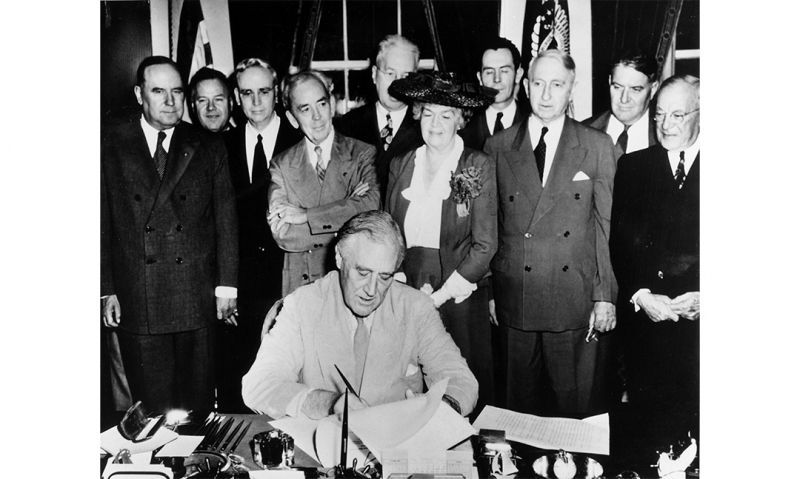 On June 22, 1944, President Franklin D. Roosevelt signed into law the Servicemen’s Readjustment Act, better known as the G.I. Bill. The key components of the law – education and training; loan guaranty for homes, businesses and farms; and unemployment pay – sent millions of veterans to college and made buying a home a reality for many who previously felt they had no opportunity to do so.

As the nation approaches the 75th anniversary of passage of this critical piece of social legislation – the original version drafted by American Legion Past National Commander Harry Colmery – The American Legion is asking for you to share your GI Bill success stories.

Colmery spent five months in Washington's Mayflower Hotel writing page after page of what served as the foundation for the legislation granting war veterans an array of rights and later served as a pattern for programs to aid future veterans and their families. We want to know how this legislation – and ever-evolving versions of it – have impacted your life, whether it was continuing your education, purchasing a home, passing the benefit onto a dependent or any other way it has made a difference in your life.

Please email sbrooks@legion.org with your stories so The American Legion can share them through our media channels.