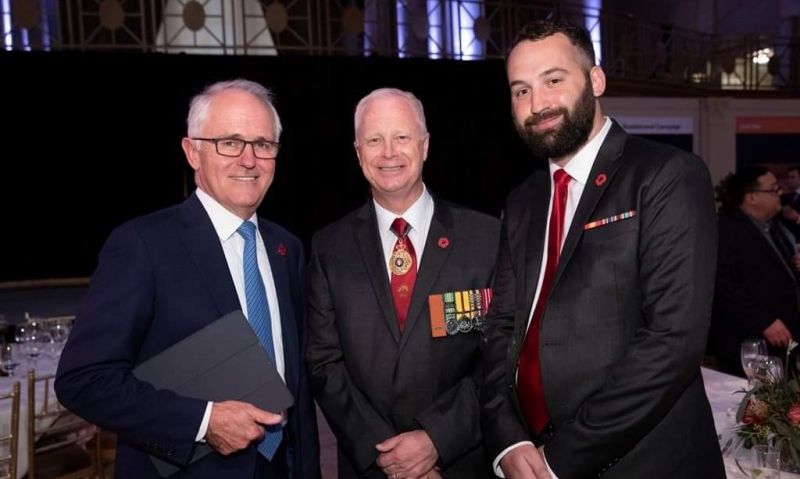 U.S. Army veteran Samantha Antolick was already a student at the University of Sydney in Australia when she found out about a boon of a scholarship opportunity.

“The head of the (international financial aid team), she knew me because I went to see her about starting my GI Bill payments, she had another student who had recently got the scholarship, and he wanted to pay it forward,” Antolick said.

The scholarship comes from the American Australian Association’s Veterans’ Fund, created in 2017 to help honorably discharged post-9/11 veterans from the United States and Australia to study in each other’s countries.

The Veterans’ Fund provides scholarships up to $50,000 “to Australian and American Veterans undertaking or planning to undertake full-time undergraduate or graduate level study in any disciplinary field, at an accredited educational institution in the country of the other, for a minimum of one year.” The scholarship application process is open now through Sept. 30 for U.S. veterans looking to study in Australia; the application period for Australian veterans seeking to study in the U.S. is Feb. 1 to March 15 each year.

Antolick met with Kevin Lenahan, a Marine Corps veteran who used the scholarship to pursue an MBA at the University of Sydney.

“As I was considering leaving the Marines, I first had to decide whether I wanted to go to school, take a job, or go on a sabbatical,” Lenahan said. He applied to a few jobs and was weighing some university offers when he began discussing the idea of studying overseas with family and friends.

“I was reminded that I can always find a job, but I may not always be able to go to school, or go to school overseas, and I can always go back to the companies that made job offers,” Lenahan said.

That sort of support — both from former scholarship recipients and the American Australian Association itself — are key selling points to those who have participated in the program.

“When I came across an organization that not only financially supports American veterans studying abroad in Australia, but also encourages and promotes professional development with their unique networking opportunities, I was beyond ecstatic for the chance to apply,” said John O’Hara, a Navy veteran who used the program to complete his bachelors degree in international business as well as an MBA.

O’Hara saw the chance to study abroad “as a unique chance to gain insight from a different perspective than my American counterparts.”

“The education and experiences gained from studying in another country helped develop my understanding of cultural differences as well as the impact of American culture, business and politics on a global scale,” O’Hara said.

For Antolick, in her third year of study in the University of Sydney’s school of veterinary medicine, the decision to study abroad came down to a numbers crunch — there are only about 30 such schools in the U.S.

Of course, one of the challenges of studying abroad, especially in the midst of a pandemic, is the inability to see family and friends, Antolick said.

O’Hara echoed that, adding that “the task of ‘starting fresh’ and making new friends has been difficult at times.”

Making full use of GI Bill benefits in a foreign country can also be a challenge.

“For me, using my GI Bill abroad was more difficult than anticipated and an error on my part saw me pay for my first year of tuition and living expenses entirely out of pocket,” O’Hara said. “That alone was a major setback, but conjoined with the difficulty in liaising between school officials and the VA, I was stressed out to say the least.”

But there are plenty of benefits as well, the veterans agree.

“I have students from all over the world in my classes,” Antolick said. “That’s one of the things I found beneficial, meeting people from all walks of life. I experienced the same thing in the Army. … It really opens your mind, your perception of the world.”

“The opportunity to make friends from all over the world through an Australian education has been one of the greatest benefits in my opinion,” O’Hara said. “Also, the opportunity to live and travel throughout Australia has been the experience of a lifetime — so much so that I still haven't left after five years.

“Today I have an awesome career, a fantastic place to call home and an exciting future in Australia,” O’Hara added. “The Australian education I have worked towards and support from the AAA have played a huge part in that. I couldn't be happier.”

“The American Australian Association is an extraordinarily friendly and personable organization that invests in helping its members, vets and scholars,” Lenahan said. “Almost every time I speak with the AAA, I make a new friend (this isn’t an exaggeration). The networking is fantastic in that the AAA focuses on building relationships and not transactional meetings. … By spending time learning and socializing with some of the distinguished members of the AAA, I gained some confidence in my abilities to pursue challenges and passions.”

Antolick, for one, intends to keep paying it forward.

“I’m definitely going to keep telling people about it because it’s great. I’ve told already people from all the years below me in vet school. I’m keeping it going,” she said.

For more information on the Veterans’ Fund, go to americanaustralian.org/scholarships/veterans-fund/.